Instead, they'll redistribute the $30M worth of prizes to the digital contest and giveaways
By Danielle Doiron, 2 years ago 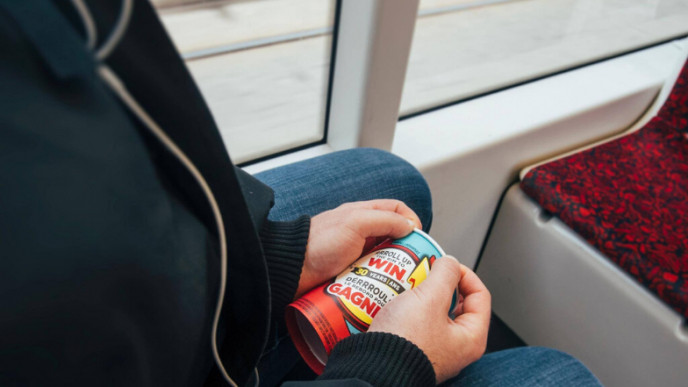 Yet another change is coming to this year's Tim Hortons Roll Up the Rim contest. As you might recall, the event was set to kick off this week with a few major differences. In an attempt to be more environmentally friendly, the coffee company was going to give customers who brought in their own reusable mugs a chance to roll up their "rims" online. Now, however, most of the contest is moving online amid coronavirus fears.

In a news release, Tims announced plans to "eliminate" this year's Roll Up the Rim contest cups. Instead, they'll redistribute all $30 million worth of available prizes to restaurant giveaways and the digital contest. And if you're wondering, they're working on a way to recycle all the Roll Up the Rim cups that won't be used.

While the company doesn't name coronavirus directly, the release reads: "Tim Hortons does not believe it’s the right time for team members in our restaurants to collect rolled up tabs that have been in people’s mouths during this current public health environment." Earlier this month, they also temporarily banned reusable mugs across Canada in an attempt to minimize the spread of the virus within their restaurants.

As for the in-store giveaways, CBC News reports that cash registers have been programmed to randomly give customers FREE purchases during the first two weeks of the contest, which begins on Wednesday.