... which means some changes to this year's Roll Up the Rim contest
By Danielle Doiron, 2 years ago 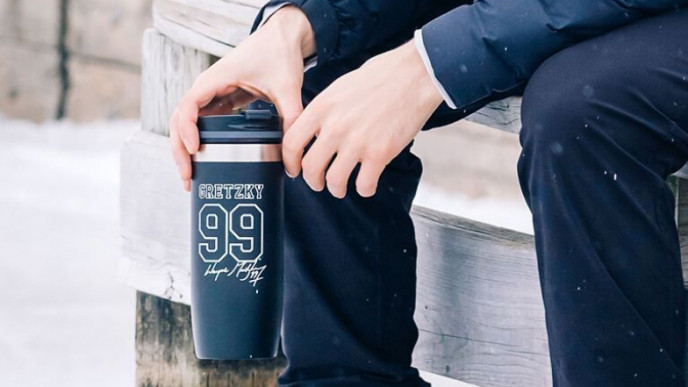 If you missed the news earlier this week, Starbucks announced a temporary ban on reusable drinkware amidst fears about the coronavirus. Now, other restaurant chains are doing the same. Early this morning, Tim Hortons issued a media release stating they "are going to pause on accepting reusable cups at this time."

The coffee brand says they'll keep reinforcing proper sanitation and cleaning procedures and will supply their restaurants with extra gloves, hand sanitizer and other cleaning materials over the coming months. "Although experts continue to indicate a low risk in Canada, we are taking a measured, reasonable approach and will continue to monitor, evaluate and update our procedures should it become warranted," the release reads.

New changes to the Roll Up the Rim contest

As soon as I saw this news, I asked myself one pretty big question: so what happens to Roll Up the Rim? For the first time ever, Tim Hortons had planned a new approach to the contest, where they'd reward customers for brining in their own reusable mugs and tumblers instead of using disposable cups. To help people prepare for the contest, Timmies planned to give away 1.8 million reusable coffee cups on March 10.

Instead, they're delaying the giveaway until later this year. Tim Hortons has not announced a new date yet, but we'll let you know when they do. We'll also keep you posted if they announce any further contest changes.

As the release reads, "For any guest that brings a reusable cup to our restaurants and purchases a hot beverage scanning their Tims Rewards card or app, we will honour the three digital rolls described in our campaign, however, the guest will be provided their beverage in a recyclable paper cup."