By Mia Rodak, 6 years ago 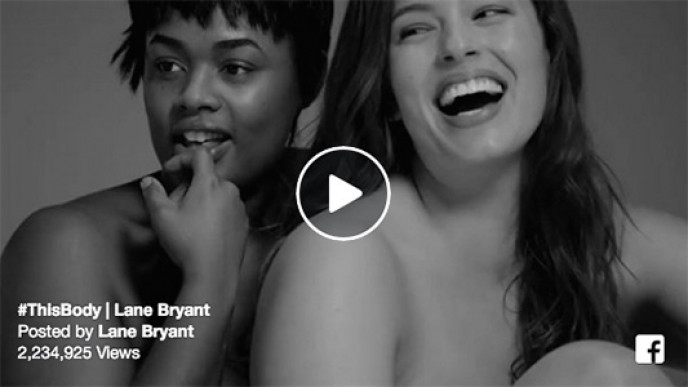 This stunning Lane Bryant television ad featuring it-girl model Ashley Graham, along with Tara Lynn, Denise Bidot and Georgia Pratt, was intended to air on major US networks NBC and ABC as part of the U.S. brand's #ThisBody campaign, celebrating a body positive message honouring women of all shapes and sizes. But then, bafflingly, the first cut of the ad was rejected by the networks.

While the video shows the women in various levels of dress—including shots of lingerie and some tasteful nudity and includes images of mom Tara Lynn nursing her newborn baby—I think you'll agree that the ad is considerably more modest than many of ads and images we see of women on TV every day. Ever seen a Victoria Secret commercial?

The networks have since claimed they only rejected the first cut and wanted some "minor edits" made before it could be approved for air.

Lane Bryan responded in a most brilliant way, deciding to instead release it unedited through their own media and digital channels, saying in a statement to the Huffington Post,

"The first edit was turned down out of hand and while we clearly created the commercial to air we will not edit it as we believe it's a beautiful and appropriate expression of women's bodies."

I have to say I agree. As do many, many others. The video has been viewed over 2 million times, and shared from the brand's Facebook page over 40,000 times. But perhaps the most beautiful reaction comes via the comments section, where women have been spontaneously uploading photos of themselves using the hashtag #ThisBody, a moving show of solidarity that is probably going to do a whole lot more for the brand than a standard television ad ever could.

Lane Bryant's powerful message is clear in their tagline for the campaign: Every Curve. Every Roll. Every Inch. Unapologetic. Strong. Beautiful.

It's a body positive, empowering message I hope my own daughters will learn and embrace.

How about you Moosers? Was this ad legitimately too much for for TV or is there a hint of hypocrisy happening here?