Whooping Cough And Vaccinations In Canada - What About Baby Isabelle? 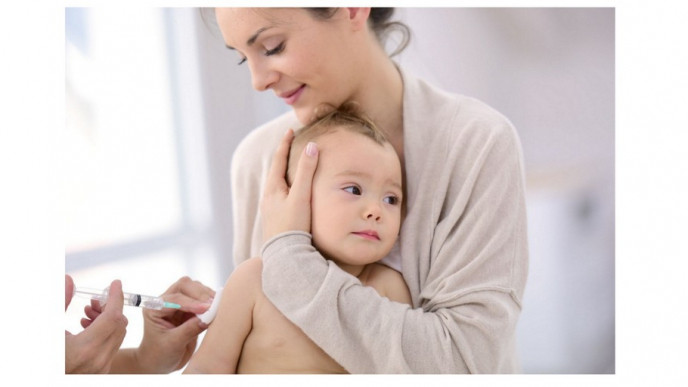 All moms share ultimately one underlying concern - We all want our kids to be healthy. This is one thing that we moms can all agree with! The one thing we can't all agree on is whether or not to immunize our own children.

Those who choose not to vaccinate their children seem to feel comfortable taking the chance that their own children will be safe from diseases that could be prevented from immunization, largely due to the immunization of the other children (sometimes called the 'herd immunity.')

This was not true in the case of Annie Mae Braiden in Victoria, B.C., whose baby daughter Isabelle was hospitalised with whopping cough, otherwise known as pertussis, over a month ago. Her daughter is expected to remain hospitalized for possibly up to 2 more months as a result of her pertussis. Her baby was too young to be immunized yet.

Isabelle's mother, Braiden, is unhappy and wrote a Facebook post about it that has been shared thousands of times over now - she believes it is a mother's choice whether or not to immunize your own child.

What she is opposed to however, is when mothers tell her that they are choosing not to vaccinate their kids because it doesn't hurt anyone but their own kids .

Pertussis is highly contagious through air transmission and we are seeing more (previously eradicated) diseases making a comeback, since choosing to not vaccinate their children has become more common for some parents in Canada.

One problem with pertussis, though, is that it is usually benign in adults and thus, does not even get diagnosed.

So what can we do? According to the McGill University in Montreal, Quebec, recommendations are:

It's possible that baby Isabelle may not have contracted the disease from an unvaccinated child, (and perhaps caught it from a benign adult carrier of pertussis), but whatever the cause, Isabelle's chances of having been exposed to the virus that cause pertussis would have been minimized if all parents chose to vaccinate their children.

Feel free to comment below on what you would do if your child was hospitalized with pertussis. Would you encourage awareness or change? Are you immunized against pertussis yourself?