Texting and Driving is No Joke—Fantastic Ad Puts Passengers First

By Mia Rodak, 6 years ago 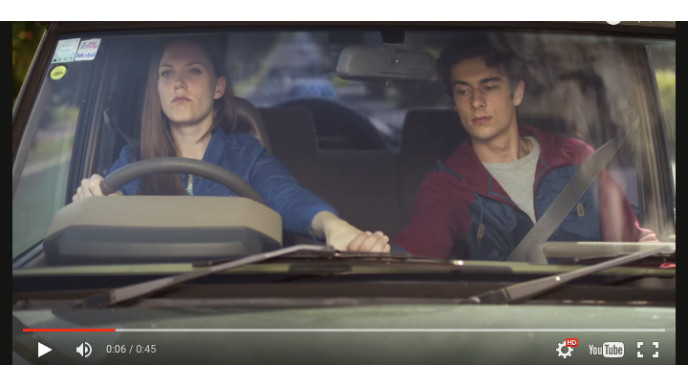 We should all know it by now—texting and driving downright stupid. Yet, in 2013 49% of adults surveyed in the US admitted to doing it regularly. The problem among teens is even bigger—the combination of FOMO (fear of missing out) and their innate belief that they are indestructible (parents of teens know about this one, right?) can and does lead to a terrifying and deadly combination. A shocking 1/3 of licensed teens surveyed in Canada in 2014 say they have texted while driving at least one time.

There are public service announcements from all around the world that try to tackle this issue in a way that can get through to both adult and young drivers alike with the powerful and important message: Don't Text and Drive. But the use of preachy language and shocking scare tactics can often get the wrong reaction, particularly from teens.

That's why this charming PSA out of New Zealand is making waves with their creative take on this important issues. It may be a softer spin, but it's message is no less powerful. Have a look:

Brilliant, right? The use of humour, sensitivity and love is a message I'll happily share with my daughters—they'll not be behind the wheel for several years yet but it's never to soon to drive this important message home.

How will you teach your teens about the dangers of phone-use while driving?