Strategies To Help Your Child Deal With Anxiety At School 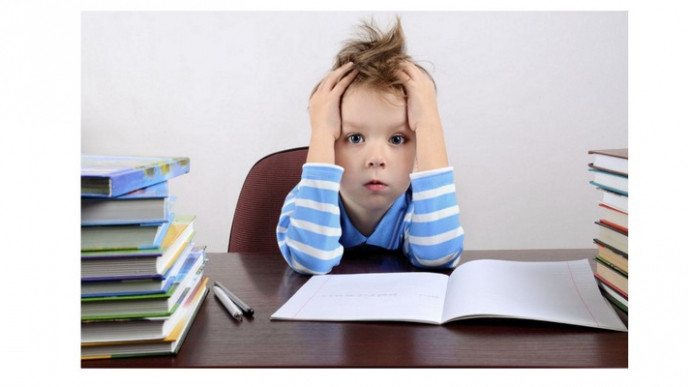 When you ask your child, "How was your day at school?", be prepared to really listen to their answers - try not to quickly dismiss their fears or concerns when they open up to you and say that they aren't doing so well.

Sometimes we want to offer a 'quick fix' for our children with our natural instinct to brush off their fears (in a well-meaning attempt to try to fix things.) However, their concerns are real to them and your validation of their feelings is a good path to take.

Kids usually appreciate talking about their fears with someone they know won't judge them for it. So even though you may not fully understand your child's fear of, say, speaking aloud in class, you could see if they feel like discussing it and play out different scenarios with them if they are open to it.

The more questions you ask about what some good outcomes could be, and the more you see behind the reason for their fear as they open up, the two of you will probably come up with some good solutions. You may at this point even see their fear diminishing somewhat, as positive outcome scenarios are envisioned and start to have an effect on the negative fearful scenarios that your child has been visualizing in their mind for (probably) a long while.

It's important to allow and encourage your child to come up with some viable solutions on his or her own, so that in the future he/she can strategize on their own as they get into other situations as you may not be around at the time to help them with it.

Obviously, some solutions will sometimes entail the teacher's assistance, but fears like the above could be conquered in smaller steps, rather than in a flooding all at once scenario which could actually be traumatizing to your child. Maybe your child could speak aloud in class while sitting at the front of the class (where they don't see everyone around them looking at them.) The teacher could try putting kids together in small groups, and ask the different groups different questions. Many kids will be more likely to speak aloud when others in the small group are also participating.

There are so many scenarios about school fears a person can use for examples, but the point being: Sometimes as parents we really want to jump in and quickly take away our child's fear and pain, usually by quickly saying things such as, "Oh, it's ok," or "Oh, you'll be fine.", but in order for them to deal with their fear and be able to move on, the situation should be addressed, even if in only in (tolerable for your child) minute steps.

Otherwise, their fears and concerns can get swept under the rug making it more difficult for them, and their 'coping mechanisms' as well as their ability to resolve future issues could become dependent on how issues are currently managed.