Should you let your tweenager wear a bra? 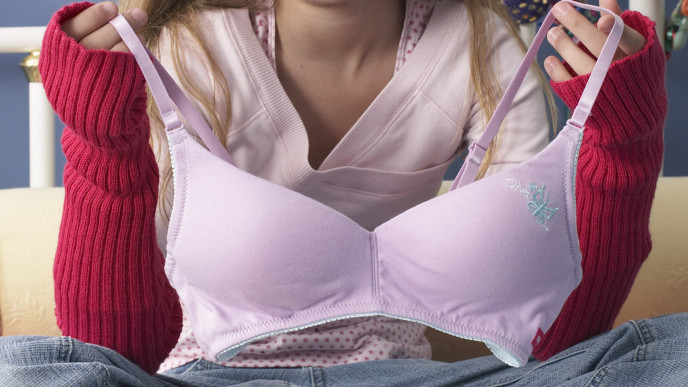 It’s summer and that might mean you’re more tempted than ever before to buy your pre-teen a sports bra.

Shirts are made of thinner fabrics and have wider arm holes, exposing skin underneath. And besides, stores from Justice and Wal-Mart to Ivivva are making them for girls who wear a size six and up. They have pretty, colourful patterns and cool strappy backs. They must be made for pre-teen girls, right?

Not every parent agrees. Some parents feel girls are growing up too fast as it is. Why give girls a bra before they even have anything to fill it with? Shouldn’t they have fun being a kid while they can? Soon enough, they will have to deal with more grown-up things, including their changing bodies and everything that goes with it.

Even experts don’t agree on what’s right. Some psychologists say you shouldn’t give girls a bra until they need one. They say it sexualizes girls and makes them want to look more grown up.

Paediatricians argue that girls begin to “bud” before they have breasts, and a sports bra might make them feel more comfortable.

The makers of bras for girls say they want girls to feel comfortable and confident no matter what they’re wearing or what they’re doing. A sports bra provides extra coverage so they don’t feel self conscious or exposed.

I don’t have girls, so it’s hard for me to weigh in. I think I’d let mine wear a sports bra before it was actually needed if it made her feel more comfortable and less exposed in her clothes.

What do you think?