Friends star got too friendly with botox 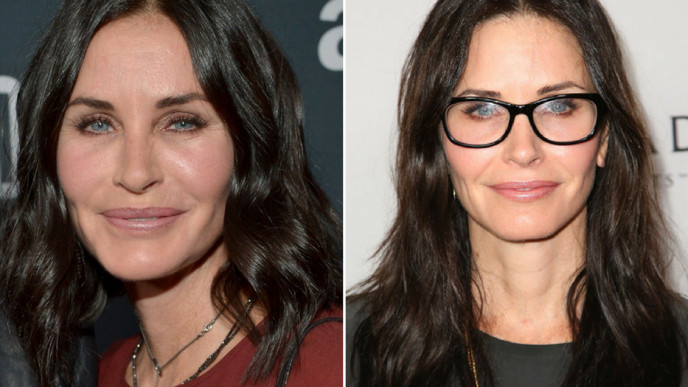 Courtney Cox made a bold move recently when she admit she’d gone overboard with facial fillers and injectables.

In New Beauty magazine, the 53-year-old actress blamed pressure from the industry and her own inability to say “no” as factors that led to her changing appearance over the years.

When she no longer recognized her face in the mirror, she decided to go au natural—and to admit she’d made a mistake.

She had the fillers dissolved and is back to the Cox we fell in love with during Friends. Now she’s a beacon of natural light and ready to embrace the idea of ageing gracefully. With exercise, a healthy diet and better skin care regime, she says she feels better and looks better—and she may be inspiring other women to adopt the same attitude.

I personally feel Cox looks so much better now than she did a few months ago. And I find her bravery encouraging for women. She’s showing that we can look beautiful as we get older. She’s proof that we don’t have to hide our faces in shame every time we get a wrinkle or laugh line. We should accept ourselves and our appearance as we age.

That’s not to say that if we’re really unhappy we shouldn’t seek help. Sometimes that’s a confidence booster in itself. It’s just refreshing to see a Hollywood celebrity embrace the idea of aging naturally. It doesn’t seem to happen often and few celebs are open to discussing it. With Cox’s “after” appearance better than the “before,” it will also make me think twice before visiting a cosmetic dermatologist. I might just want to follow Cox’s lead and leave my face alone.