​Do you use cell phones to spy on your kids? 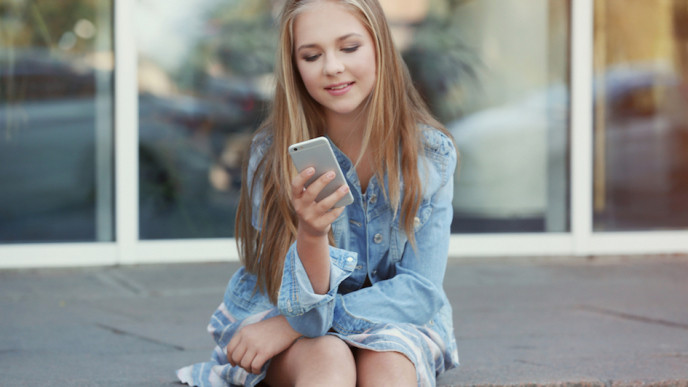 There's no question that giving your child a cell phone can be a great way to keep them safe. You can check on them whenever you want, and they can call you when they arrive home safely or need your help.

Perhaps that's part of the reason we're giving kids cell phones at a younger age than ever before. According to a 2016 report, "Kids & Tech: The Evolution of Today's Digital Natives," the average kid is 10.3 years old when they get their first phone.

And while parents and kids can call and text one another, is that enough to keep them safe?

Features like Share My Location on iPhones, for instance, enable you to see the location of your child with the tap of a screen. Yet many parents are going further. Using apps like mSpy or The Spy Bubble, they are installing tracking devices on their kids cell phones to track not only their whereabouts but also see who they're calling, what they're texting and what they're viewing.

Apps like Mobicip enable parents to block their kids from accessing certain content such as online gambling or shopping. Other apps enable you to set time limits on your child's cell phone time by shutting it down at your command.

These apps can be a great way to teach kids responsibility, monitor behaviour and even prevent them from participating in online bullying. It also helps parents know if their child is sending inappropriate photos, chatting with "the wrong crowd" or being bullied online. And it call all be done without your child knowing.

I agree that kids and teens often don't have the capacity to make logical decisions. They aren't responsible enough to take out the garbage, never mind ensure they're using their cell phone in an appropriate way. They need accountability, and what a better way to teach them that than to have the ability to check on them from time to time.

At the same time as parents can wonder if we're doing enough to keep our kids safe, it can also be said we're doing too much. Aren't kids entitled to the same level of privacy and respect we wanted as kids and demand as adults? Shouldn't they be allowed to learn lessons the hard way, like we did? Or shouldn't we be working on developing trusting, open relationships with our kids so they tell us when they've done something wrong or if they're in trouble?

Could it be enough to ask them to see their cell phones or to at least tell them you're installing a tracking app on their phone? I'm not sure I'm comfortable installing spy apps on my kids phones . . . are you?