By Amie Lillie, 6 years ago 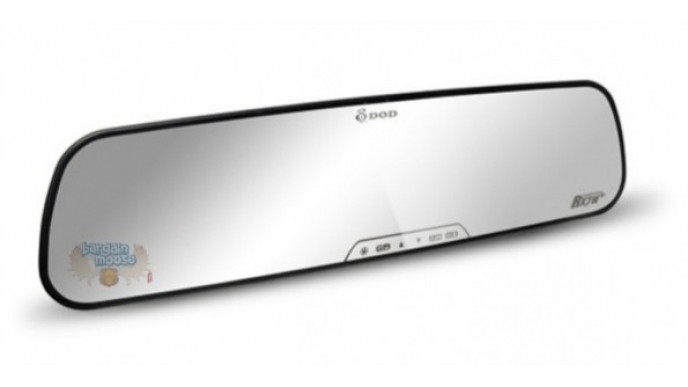 Does putting your car into reverse send you into a full-blown, sweat-covered panic?  Never fear putting it in R again with this deal from NCIX Canada.  The regular price of the DOD RX7W+ Car Rearview Mirror was $219.99, but right now you can get it for only $179.99 as well as get free shipping right to your door!

I recently bought a truck: a huge truck.  This thing is a monster. On top of that, my boyfriend wanted to add a trailer hitch.  I am an absolute parking disaster in this thing, to the point that I generally park as far away from my destination as possible to avoid having to wedge my truck between any other vehicles.  There are, however, those rare occasions where I can’t find an isolated spot and may have to *gasp* put the truck into reverse to get out.  What’s a girl to do?  The truck bed is about a mile long and being up so high I’m just never entirely sure there isn’t a brood of little ducklings crossing behind me.  For the safety of everyone out there, I really need to get one of these rearview mirror cameras.

Now, most rearview DVRs include a dash camera which may be enticing to anyone interested in forcibly entering your vehicle, and I for one am always forgetting to put stuff like that away. This particular model, however, is actually disguised as a rearview mirror and attaches to your existing mirror with Velcro very easily, and is compatible with most vehicles on the market.  It has a Wide Dynamic Range lens and wide angle superior low light performance, helping you back out of the most troublesome locations.

I did a little snooping and found this same rearview mirror camera at CanadaComputers.com for $189.99 (plus shipping) and at Henrys.com for $219.99.

Shipping on this item is completely free!

If you happen to be in the Surrey, BC area, be sure to check out NCIX’s Surrey store grand opening on Saturday July 26th from 9:00am to 6:00pm for door crashers and prizes.