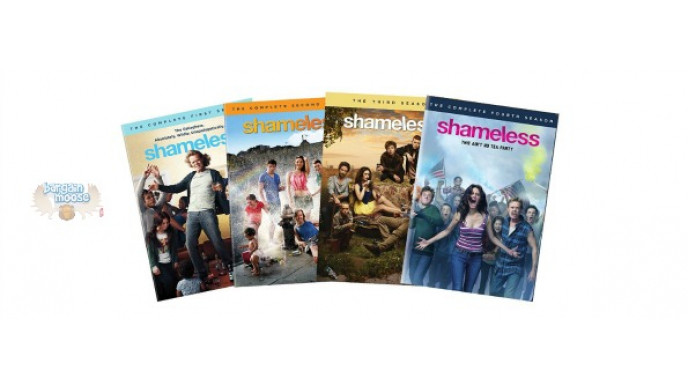 My favourite show is on sale at Amazon! Get seasons 1 to 4 for only $59.99 today only. I don't see the regular price for this set, but if I priced out the individual seasons (as I don't see it for sale as a set anywhere else but Amazon), your regular price would be much higher.

When I say this is my favourite show, I mean my favourite show of all time. I'm completely up to date on all the seasons and I desperately miss the Gallaghers and all of their antics. This show is definitely dark comedy, touching on subjects like bi-polar disorder, poverty, drug use, domestic abuse and more. I've cried and laughed at this show more than any other show I've seen.

With the recent Supreme Court decision in the U.S. to allow gay marriage, I got an update from the show Shameless on my Facebook newsfeed, celebrating this decision. At that point I realized that Mickey and Ian's relationship was one of the most emotional relationships on television.

There are some great performers on this show like William H. Macy and Joan Cusack, but some of the lesser known ones are the ones I love. Lip Gallagher, played by Jeremy Allen White is probably one of my most favourite actors.

Just writing about this show I get choked up at some of the best scenes because this show is literally raw emotion. It will play on your heart strings and you won't be able to sleep after watching it. Basically what I am trying to say is you want to watch this show. I only wish I had watched in having the four seasons in my hands, rather than every week and then waiting months for a new season, as the waiting can be unbearable!

As I said, I could only find individual seasons, like the seasons here at Best Buy, where not one is less than $25. Your total cost for all seasons would be over $100.

Shipping is going to be free on this order, as it is over $25.