What Diapering system is cheaper? Cloth or Disposable? 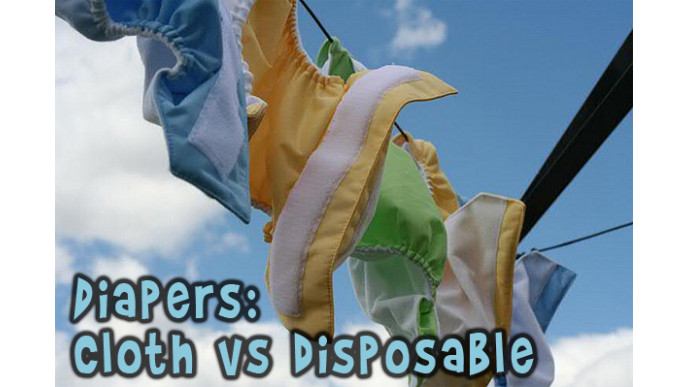 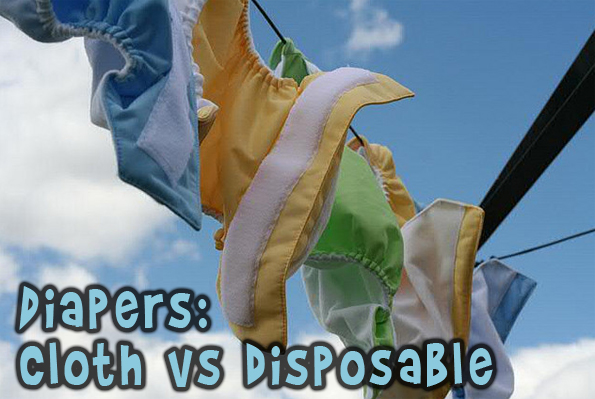 Today, we're sharing a guest post from the pen of Steven Zussino, co-founder of GroceryAlerts.ca, the Canadian website specializing in grocery coupons and Canadian flyer deals. Steve is going to talk about the cost of cloth diapers versus disposables - a very important decision when you bring a new one into the world! I personally went for disposables for my little girl, though I'm definitely considering re-usable diapers the next time round. :)

I became a dad in April this year and one of the first decisions after my daughter was born was what diapering system we were going to use, cloth or disposable diapers.

After a long discussion with my wife about the costs of either system, I decided to take all the variables (cleaning costs, electricity, washer/dryer, and water costs) and looks at diaper use estimates from several sources to come up with an estimate on what diapering system is less expensive. So I decided to build a cloth vs disposable diaper calculator.

The calculator assumes that when using cloth diapers that a wash will be required every 15 diaper changes.

I wanted to share the calculator results using 2 scenarios, 1 family that lives in a house and another family that rents an apartment with no access to a washer/dryer.

The Smith family lives in a 3 bedroom house and has a washer/dryer. They just gave birth to a baby boy, Billy, and estimate that he will be toilet-trained by 30 months. They have decided to go with the Bum Genius cloth diapers brand. The initial cost would be $399.

They pay only 8 cents per kWh and the laundry detergent costs only $.10 per load (buying at Costco). They also have a newer Energy Star rated washing machine.

Using the calculator, the total cumulative cost is $656.76.

The Burns family lives in a 2 bedroom apartment and has to do laundry at a laundromat. They have given birth to a baby girl, Ashley and plan on having her toilet-trained by 30 months. They have also decided to use the same Bum Genius brand.

They do not have the room in their apartment to dry their clothes so they must pay $2 per load to wash and dry the diapers.

They found a frugal recipe to make their own laundry soap and pay only $.05 per load.

Using the calculator, the total cumulative cost of using cloth diapers is $2220.02.

Now, let's see if both families decided to use disposables how much they would cost.

We will assume that each family uses standard name-brand disposable diapers (Huggies, Pampers) at a cost of $.20 per diaper. Cheaper generic diapers and more expensive natural diapers are also available.

Using the calculator, the cost of disposables would be $1348.20.

Having a child can be expensive, however there are many issues that complicate the decision to use disposable or cloth diapers and for many people it is a personal choice.