The Top 3 Tokens in the Lead are Scottie, T-Rex, and Top Hat. Your vote still counts for 8 more days! 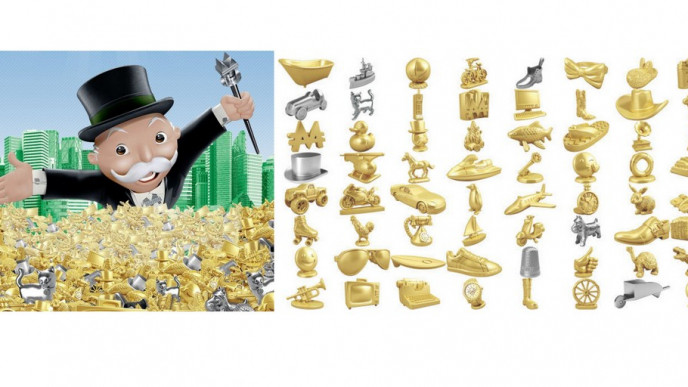 Edit: The Top 3 Tokens in the Lead are Scottie, T-Rex, and Top Hat. Your vote still counts for 8 more days! Vote & share this with someone who loves Monopoly and who would want their vote to count.

Do you remember when the Monopoly cat game token replaced the iron in 2013? The decision had been made by a majority public vote. It was so popular that Hasbro is at it again - the newest upcoming version of the Monopoly game will allow you to vote for your favourite pieces right now. You can pick 8 of your favourites out of a collection of 64 pieces. Voting will close on Jan. 31 and results will be revealed on March 19th, which Hasbro has fittingly dubbed 'World Monopoly Day.'

The current set is comprised of a battleship, a shoe, an old-school race car, a cat, a top hat, a schnauzer named Scottie, a thimble, and a wheelbarrow. In my family we always fought over who got to be the dog and who got 'stuck' being the shoe.

The new game tokens will ship with the Monopoly game in October and I know my family will be excited to see which of our 'picks' made it! We're having a family game night tonight and will make our picks together.

What game tokens do you hope make the cut??