Where to Pre-Order Nintendo Labo in Canada 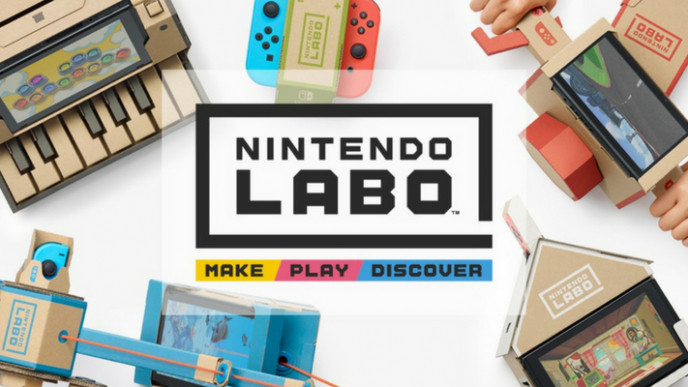 So what does the future of gaming look like? If you ask Nintendo, it just might be made out of cardboard. They announced Nintendo Labo, a series of do-it-yourself accessories for the Nintendo Switch, a while back – and you're finally able to pre-order them in Canada!

It looks like Walmart Canada has the cheapest pre-order prices around. The prices on both Toy-Con kits are hidden until you add them to cart, but the Variety Kit shows up as $74.96, and the Robot Kit displays in cart as $79.96!

So what is Nintendo Labo, anyway?

Basically, Nintendo Labo is a series of pre-perforated cardboard sheets that you put together to create video game accessories you can actually play with.

Nintendo is launching two DIY kits (called Toy-Cons) on April 20, 2018. The Variety Kit lets you make five different Toy-Con projects (including a motorbike, house and two RC cars), and the Robot Kit is literally a robot suit you can wear! Check them out:

So if, like me, you have a tough time building IKEA furniture, this might not be the thing for you. But if your kids go crazy for LEGO, chances are they'll love putting these kits together!

The one major downside? Kits will start at $89.99 each, which does sound a little insane, considering you're basically getting a cardboard box, and you have to buy a Nintendo Switch separately.

So what do you think? Are you planning to grab a Nintendo Labo Toy-Con kit?