By Krista White, 7 years ago 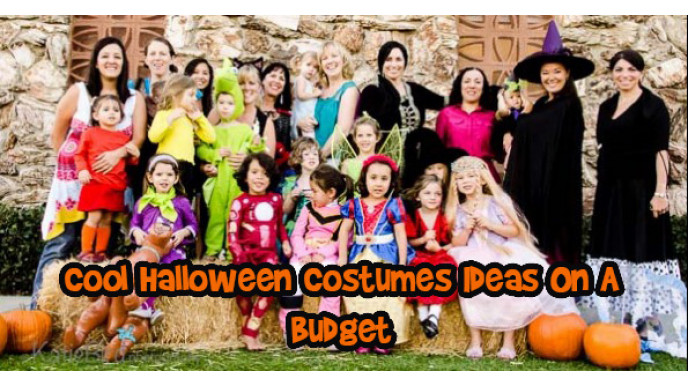 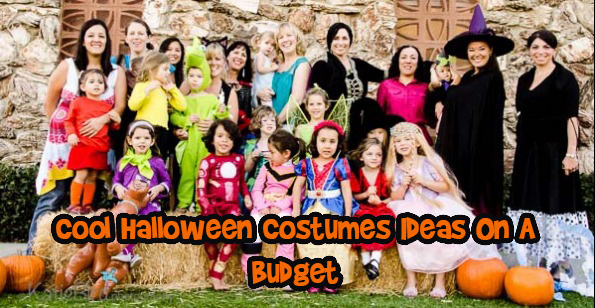 Halloween can be an expensive holiday to get ready for.  There are decorations, candy, parties, and costumes to prepare.  All of these little things can really add up.  One way to cut down on the cost is to make your own Halloween costume at a fraction of the price that it would cost to either buy or rent.

I like the idea of making my own costume, because not only are they more affordable to make on your own, but home made costumes also tend to be more unique and a lot more fun.  If you are like me and don't want to sew your own costume, but still want to make one on a budget, there are a lot of really inexpensive ideas you can do.

Grapes or a Loofa 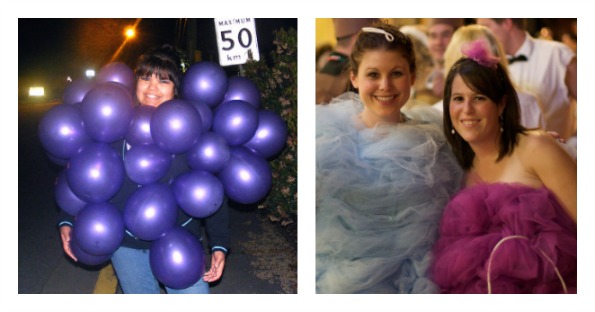 Granted, these are not the most practical of costumes because they may be hard to sit in, but they do look pretty cool.  They don't require sewing, just some pinning of either balloons or tooling to colour-coordinated clothes. 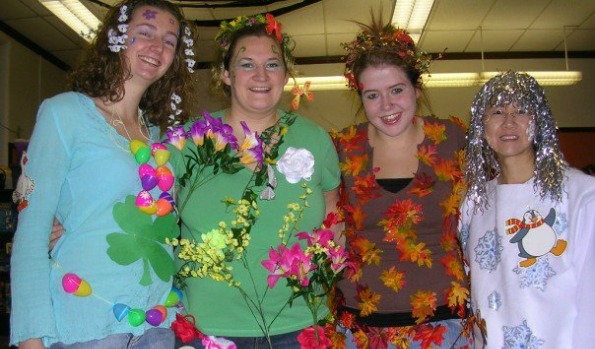 When I was a teacher, we always dressed up for Halloween.  I had three staff in my class and we wanted to do a unique and fun theme, so we came up with the four seasons.  I was summer, one was spring, another was autumn and the last was winter. All of the costumes were homemade with craft supplies we had at home.  It was so easy to just pin different items to our clothing, and the costumes were a hit.  In other years we also went as the food groups, which were made the exact same way as the seasons, but with food items. 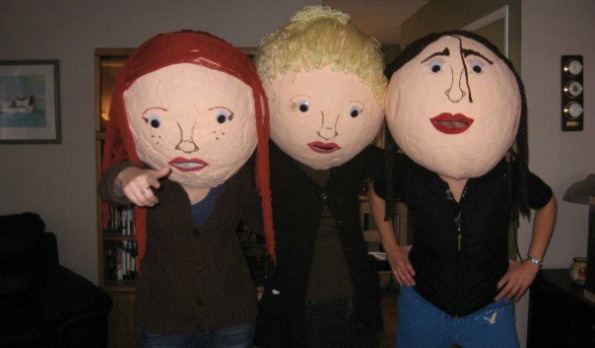 This is a fun one and very easy to do. You can be a bobble head, or anyone really, from someone you know or even someone famous.  This picture is from a year that my sister and her girlfriends went to a party as bobble head versions of themselves. They paper-mache'd a huge balloon with recycling paper and newspaper, and just painted the faces to look like themselves.  They added yarn for hair and that was it.  Remember to cut holes for your eyes of course! 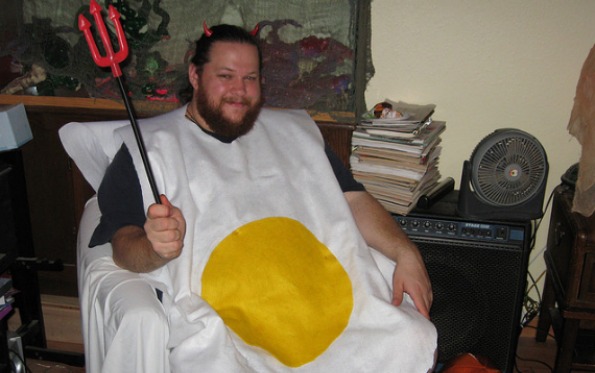 I love this costume idea and it is so easy.  Just use an old sheet or even white clothing, and either paint on a yellow circle or add some yellow felt on your stomach.  You can make the devil horn instead of buying them with an old hairband and some stuffed red material. So easy and a fun idea!

This is a really cool one that can be done a few different ways.  You will need some white or red yarn and something that resembles meatballs such as felt, or brown yarn. You can also add a tub around your waist for a bowl, or a strainer on your head for some extra charm. This is one of those costumes that is great for kids, adults and even pets, as you can see.

There are so many different homemade ideas that you can come up with.  What are you dressing up for at Halloween this year?