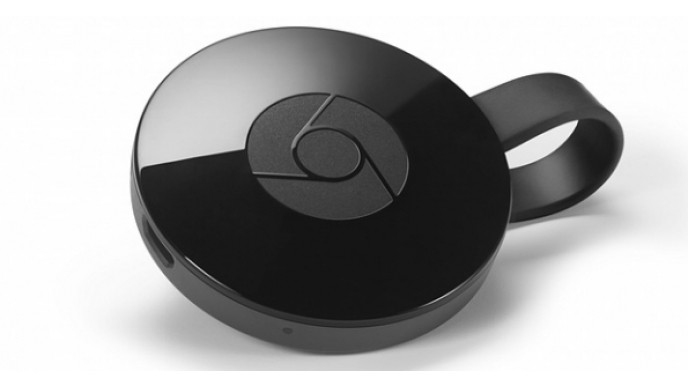 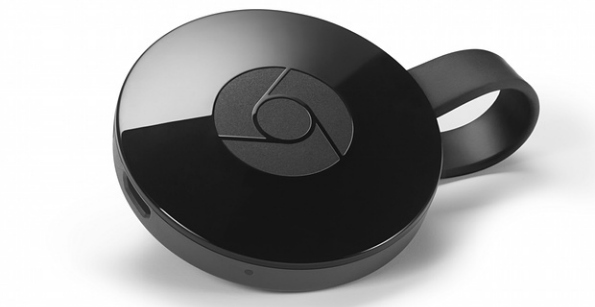 By the way, you can get the same deal from Staples and a couple other places but Best Buy Canada lets you reserve online and pick-up in store: this is perfect for last minute Christmas gifts. Let me break this deal down for you because it is even a bit better than it seems. Each Google Chromecast costs $45. Whether you buy a second Chromecast or not, you will receive $20 Google Store Credit. The $20 Google Store Credit is PER Chromecast as long as they are not activated by the same Google Store account. That brings me to the best part of this deal: 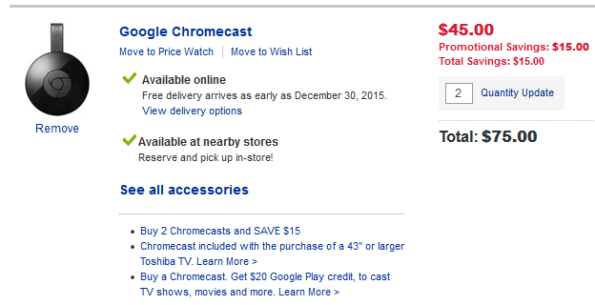 Fine print is everything so you must go HERE to redeem the credit and check out this fine print:

This is exactly what I have been saying: only one $20 Google Play credit is allowed per Google Payment account so you will want to activate one Google Chromecast on one account and the other on a second account to receive a total of $40 Google Play Store credit.

I am pretty stoked about this. I use my older version of the Google Chromecast for watching YouTube mostly. I've been on a real Nero Wolfe binge lately and most the episodes are on YouTube, which is pretty sweet. I also downloaded dailymotion and watched a ton of Christmas specials this year.

BEST BUY CANADA PROMO CODE: Enjoy small kitchen appliances for up to 35% off in this BestBuy sale