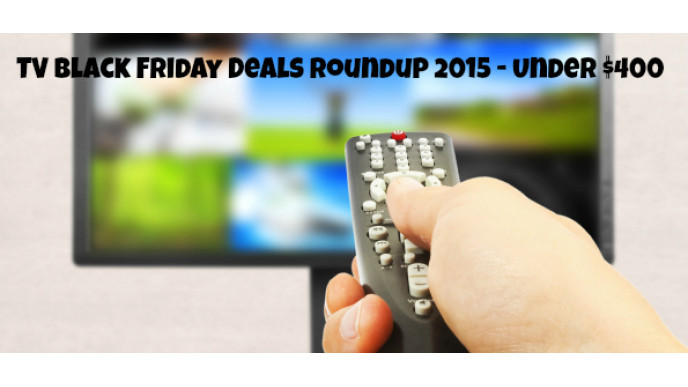 If you are in the market for a new television, then Black Friday is the day for you! I have rounded up a bunch of the best deals on HDTVs under $400.

This RCA is full 1080p HD with 2 HDMI ports and 60ghz refresh rate. It is the cheapest 50" television I have seen. If you want that big theatre feeling without the price of a monster television, pick this one up!

Here we have two 40" televisions for under $300 and a 48" full HD television for under $350. I love these deals even more as Visions offers free shipping. All of these televisions are full HD, which appeals to most people. RCA is even a recognizable brand name.

I would say this TV plays second best to the RCA deal from Amazon Canada. However, The Source Canada is consistently one of the hottest places to find TV deal - just the other four deals I wanted to mention are already sold out online. You might want to check the rest of their deals at your local store.

This is only 1" under a 40" television, yet you can save $50. This is a great television for those who do not want to shell out extra money for the full HD, but are completely content with the 720p.

Hands down, this is the cheapest 32" television out there! This is perfect for dorm rooms, dens, bedrooms, and as an extra television around the house. If you do not like your televisions that big, then this would make a great main TV as well. This is another 720p HD TV.

Some stores will have in-store deals only on televisions. This is a roundup of the best deals on $400 or less televisions currently available online. If you spot something you want to share, then drop us a note below. Personally, I am shopping for a home television for my parents right now so I am going to forward them my research and let them decide.