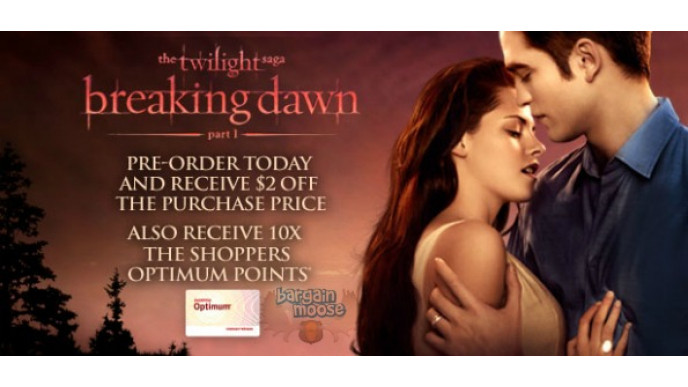 To pre-order from Shopper's Drug Mart, fill out the form and then print a copy to bring with you to pre-pay in store until 8th February, 2012. Go back to the same store location between 11th-29th February, 2012 to pick up your pre-paid copy. Make sure to bring a copy of the receipt and your print out of the form for pick up.

Pick up your copy before the 29th as any copies left will be donated to a local children's hospital.

With your purchase, you'll also be entered to win a trip to a red carpet premiere of Breaking Dawn Part 2 in Toronto including airfare, hotel and spending money!

Whenever Shopper's has these pre-order deals, it seems to be the best price you'll find for the DVD or Blu-Ray, at least by a few dollars, which you can put towards movie snacks!

SHOPPERS DRUG MART COUPON: Take up to 47% off these Oral B power toothbrushes at Shoppers Drug Mart with this Black Friday sale