Pictionary Just Got a MASSIVE Upgrade

You've never tried drawing like this
By Danielle Doiron, 2 years ago 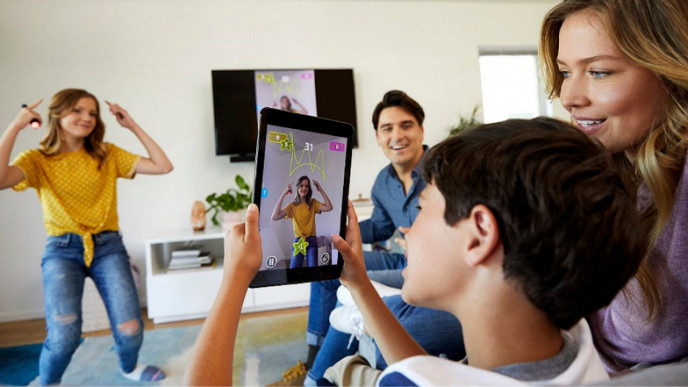 Who's ready for a family game night? I feel like it's been ages since we've had one, but that's probably because the warm weather has been keeping us outside most days. Now, there's a new game that's got me written all over it. It's an upgraded version of Pictionary – and trust me when I say you haven't played anything like this.

Like the original game, you have to draw things in hopes that your teammates will be able to guess what you're doodling. But there's a new twist. You won't need pads of paper for this one, because you draw in the air!

Pictionary Air is one of the latest games from Mattel, and some bloggers have already named it a top toy of 2019. Once you have the game, download the free Pictionary Air app to your smart device. Point the in-app camera at the person who's drawing, and their artwork will appear on your screen!

The app even lets you record your performance, so you can save the most memorable sketches and laugh at everyone's attempts once the game is over. You can even launch the app into Custom Mode to change the timer and number of rounds you play – which is handy if you're dealing with younger artists.

The game includes prompt cards to get you started, as well as a "pen" you have to use if you want your artwork to show up on the screen. It's available for $24.99 at Toys R Us (where the original Pictionary game is also $24.99). It looks like Pictionary Air will be in stock at Well.ca soon, too, where it will cost $25.98.