A twist on the classic.
By Karen , 4 months ago 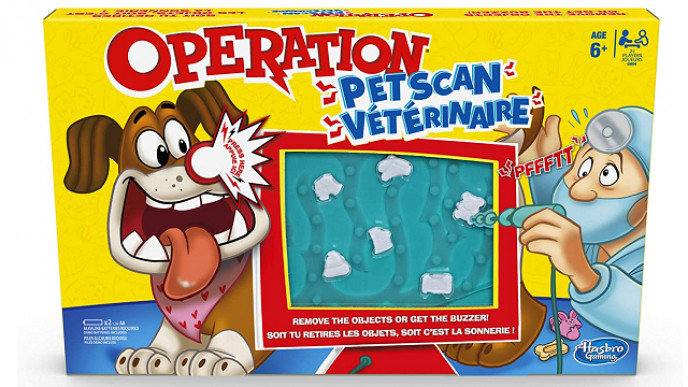 The Operation Pet Scan Board Game is priced at $25.99 at Chapters, however we don't want you to pay all that... we've only gone and found it at Amazon Canada for just $15.34. What a steal!

The Operation Pet Scan Board Game has a similar aim as the original Operation game, except you're removing plastic ailments from Cavity Sam's dog, Rex-Ray.

Get them out his belly using the Dog-o-scope and move them along until you get to his tail end. Drop them and the buzzer will go off and you'll have failed.

There's a special button to press on the dog's nose which activates fun sounds including barking, farts and gurgling.

Suitable for children aged 6 and above.

Shipping is free of charge for Amazon Prime members, or those spending $35+ on eligible items.