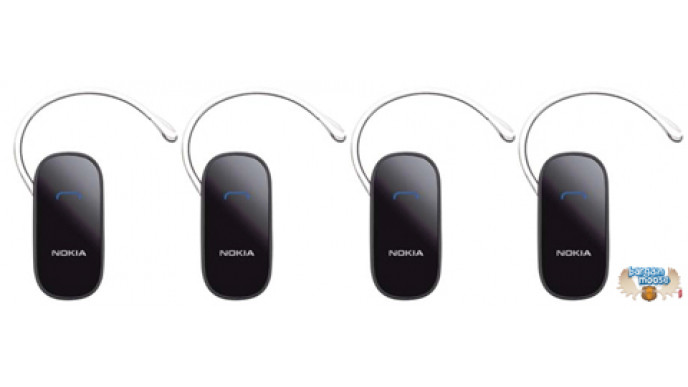 $8.99 is the price for the black model, whereas the red headset is $18.49, so quite a difference there. I think I prefer the black one anyway, as the colour makes it less obvious while it's hanging off your ear.

There is only one review on The Source for the Nokia BH-105, and it isn't very positive, stating poor sound quality as the main problem. It seems most people are annoyed by the lack of volume control on it. But the reviews on the red model have a few positives as well, such as that it is easy to use, good value and compact. For $8.99, you can't expect a miracle!

I posted a deal for this very same model of headset way back in March 2010 and it was a bargain then, for $26.49! It's dropped quite a bit in the 9 months since then!