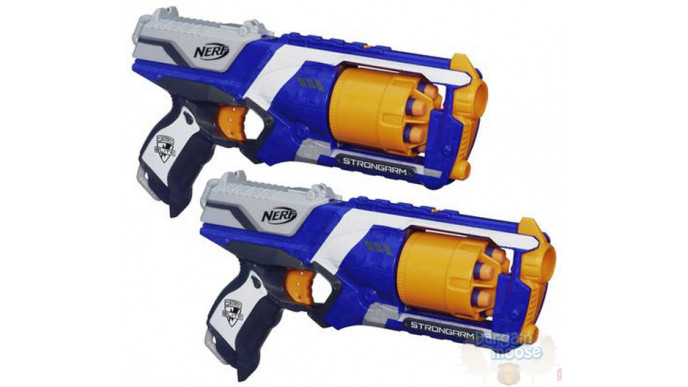 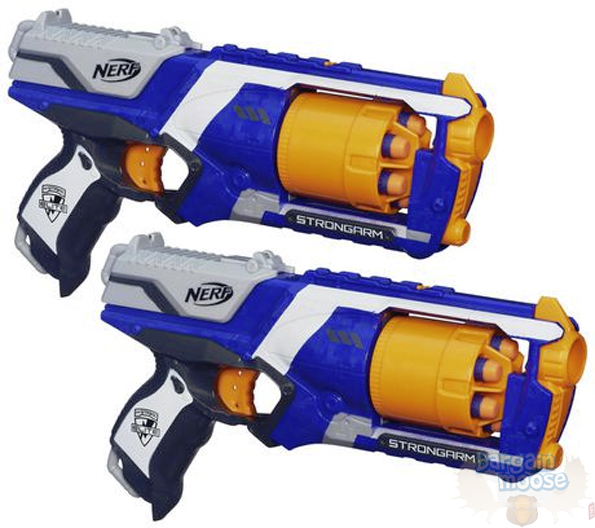 ALERT! ALERT! Potential Christmas present alert! Over in the clearance section at Walmart.ca, they’ve got a deal on the 2 pack of these NerfN-Strike Strongarm blasters. They were originally priced at $19.92 but they’re now only $15 with free shipping to your home.

These would be an ideal Christmas pressie for some kids… I know that my 7 year old nephew would love these. I’m not going to buy them though as I know he already has some Nerf equipment so I wouldn’t want to double up on it. But for a 2 pack of blasters, this is an excellent price from Walmart. That’s only $7.50 per gun.

Now, as these are in the clearance section at Walmart, I don’t expect this deal to last very long. We’ve been posting a few items from their clearance sales and they tend to sell out fairly fast.

At other Canadian online stores, I’ve found the same gun at higher prices, albeit for only one Nerf gun. You can pick one up for $18 @ Toys R Us, $32.50 @ Amazon.ca, so paying only $15 for TWO Nerf guns from Walmart is really excellent. I did spot single ones for only $6.79 here at London Drugs, but you’d have to pay $13.58 plus $9.95 shipping to get two of them, working out quite a bit more expensive.

The Nerf guns have some good reviews on the Walmart site. Even though the age range says 9-12 years, the first reviewer says that her 2 and 4 year old love them! The reviews seem pretty sound though, such as:

Bought this on sale and play it all the time at home. Good speed to the shots

Nerf is such a popular brand… if you need a Christmas pressie for some young’uns, this could be just the ticket.