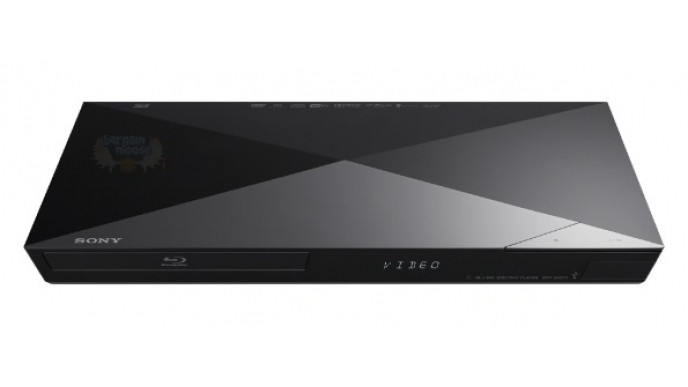 NCIX.com has discounted the deluxe Sony BDPS6200 4K 3D Blu-Ray Player w/ WiFi from $179.99 down to $109. Use the NCIX coupon code ZEROSHIPPING to receive free shipping on the Blu-Ray player as well.

If you are looking for a dedicated Blu-Ray player, then give this fully loaded player your attention. Sony's Blu-Ray player features a dual-core processor for faster performance. 4K upscaling lets you stream over 200 services and the FULL HD 1080p playback allows 2D to 3D conversion. With Miracast you can mirror your mobile device through the player onto your TV. The player features USB slots so you can view your photos or listen to music through the player as well. You can also stream video, music, and videos with DLNA. Now, if you have other Sony devices, you are in luck. You can "throw" media like music and photos from a Sony Xperia Tablet.

I price compared this unit with other retails, and here is what the competitors are selling the Sony BDPS6200 4K 3D Blu-Ray Player w/ Wi-Fi for:

As you can see, NCIX.com has the best price (though their original price is a bit high). I checked this device out on TrustedReviews where it rates a 9/10. They list the pros as distinctive design, plentiful features, strong pictures, and fast operation. They also mention a few cons, namely plasticky bodywork, no ITV Player or 4OD, and sparse connectivity. They also mentioned a benefit I did not even think about:

One of the main reasons people snap up Blu-ray decks (aside from watching Blu-ray movies) is to take advantage of built-in internet apps, and on that score Sony has long been one of the best in the business.

Sony is certainly one of the forerunners in that game, so this Blu-Ray player looks like a solid investment. With internet connectivity, streaming, 4K, and 3D capabilities - you will certainly have access to all your media in vivid colour with this device.

While the coupon code for free shipping on $50 or more is good until the end of March, I do not know when the Sony Wi-Fi 3D 4K Blu-ray Player will increase in price.