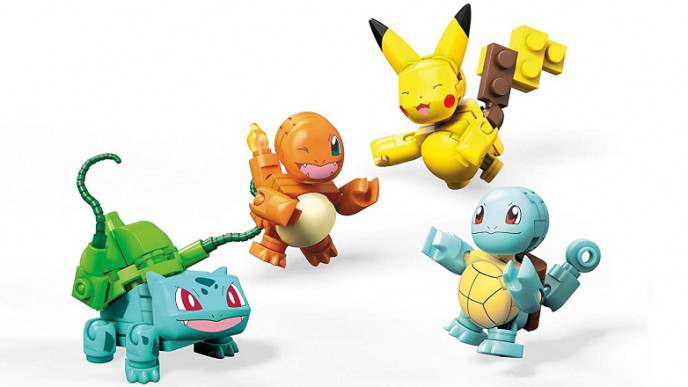 What can you get for under $10 in the way of toys these days? Not much! This Mega Construx Pokémon Kanto Partners from Amazon is priced at only $7. It's a bargain with an RRP of $19.99, so don't expect it to be around for long.

If your child likes to build, or it's something you like to do with your kid, then this Mega Construx Pokémon Kanto Partners is the set for you.

Not only is it a bargain at just $7, but it's fun too as you can build four different Pokémon characters. Those are Bulbasaur, Charmander, Squirtle and Pikachu.

There's even a Pokéball for them to stand on when built.

The set contains 90 pieces so it'll keep those Pokémon fans busy for a while.