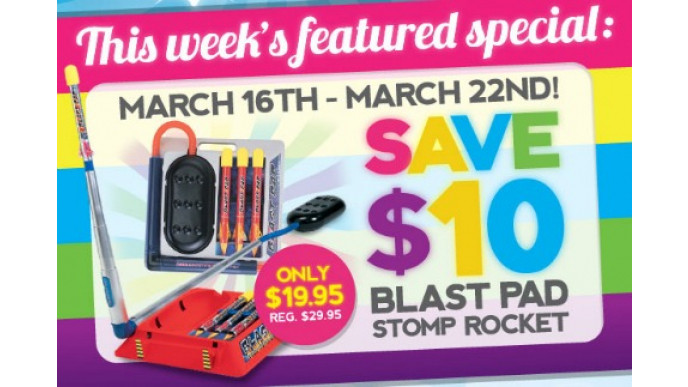 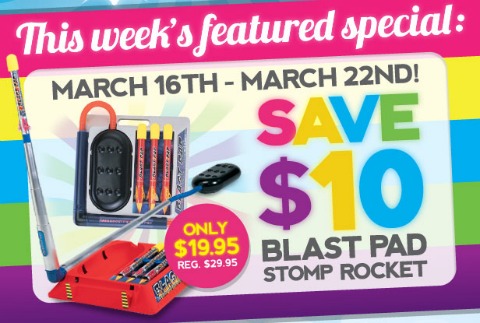 The Blast Pad Stomp Rocket is an outdoor missile system. Rated for kids 7 and up, kids will pull up the launcher, pull out the blast pad and then load and stomp, releasing a blast of air that launches foam tipped rockets high into the air! Includes a carrying case and 6 missiles.

I bought this for my nearly 4 year old son. Along with his cousin (5 yrs) and it was an instant hit. They jumped until they collapsed, got up and jumped some more. Grandma's house has vaulted ceilings so we were able to use it indoors as well.

I could see kids playing with this for hours challenging each other to see how high they could launch these rockets!