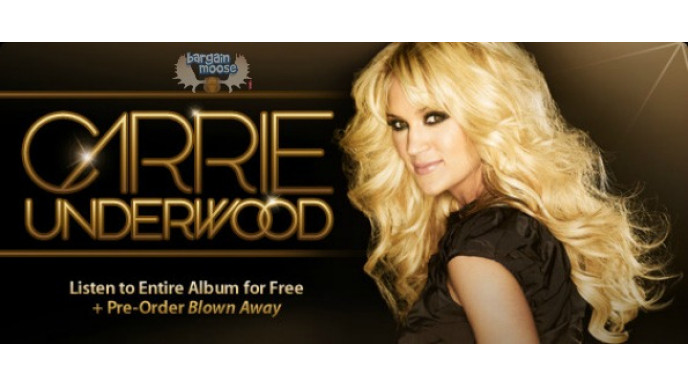 iTunes Canada is offering up free streaming of Carrie Underwood's new album, Blown Away, for a limited time only.

Ever since Carrie Underwood wowed on American Idol, she has come out with great songs and has racked up so many awards. This is her first album since 2009 and many of her fans have been patiently waiting.

Tracks to take a listen to - Good Girl, Blown Away, Two Black Cadillacs, Nobody Ever Told You, and Cupid’s Got A Shotgun, featuring Brad Paisley.

After a free listen to the entire album, you can pre-order Blown Away for $11.99. The album is set to be released on 1st May, 2012, so I imagine the free preview will end just prior to release.