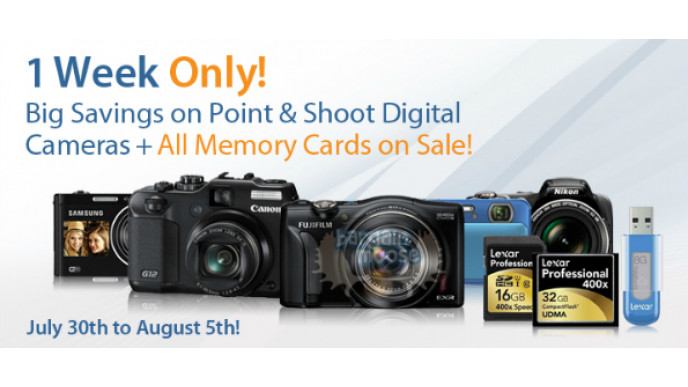 Let's talk about the shipping deal first. It doesn't seem like that good of a deal but it really is. If you're a pro or prosumer then you know that dropping over $100 on CF cards or a lower end flash or some other accessory isn't hard. Sometimes spending $350 or more on those things can be difficult. Only having to hit that $100 mark is pretty sweet. I have no knowledge of this but it almost seems like they are trying the new shipping policy to see if it is profitable.

And now for some of the deals:

That's the sale folks! Take advantage of a double deal here and stock up on your photo stuff!

HENRY'S PROMO CODE: Receive 10-20% off with the Henry's student discount