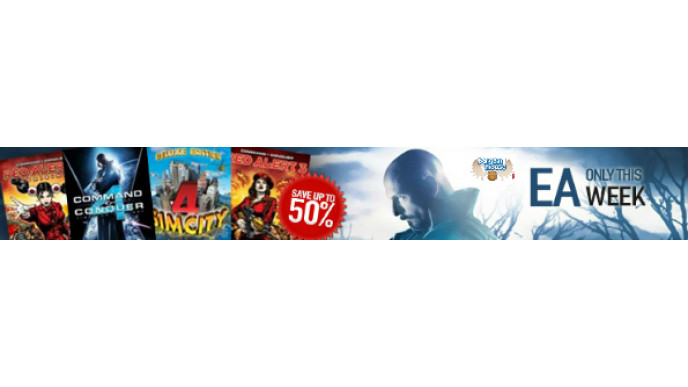 GamersGate is bringing you the latest from two of the greatest video game series in history, Sim City and Command & Conquer. To make it even better, all four games are under $10. That's a 50% discount!

The four games available are:

These series were a huge part of my life growing up and I'm super excited to be able to bring you this deal! I can't say enough about these series. For those who are not aware, I will fill you in on what you have been missing and the sheer joy you can get by picking up these games.

SimCity is beyond innovative. Basically you are the mayor of a city but you are also the accountant, planner, police chief, fire chief and every other role you need to run a city. You start with a blank terrain or a starter city and build it out from there. It sounds a little boring on the surface but it is beyond fun. You have to deal with all the issues that a city has. Natural disasters, crime, upset population, pollution and tons of other things. You need to figure out the right balance of growth vs. income. And, and, and... *sigh* I'm getting all hot and bothered here. Just go play it, trust me on this one.

Another thing is that both of these series are getting new iterations in 2013 so getting these is a good way to prepare for the forthcoming installments.