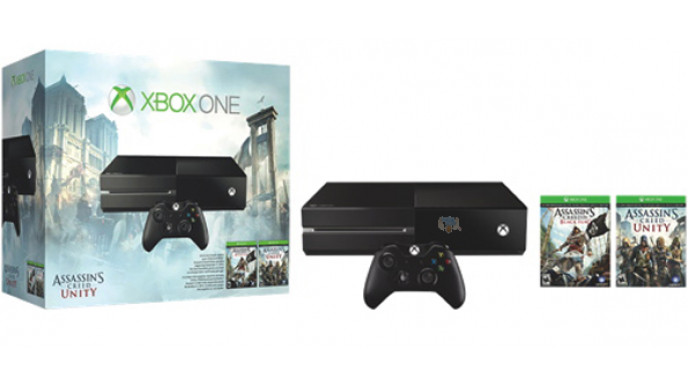 Hey, deal hunters! Do any of you want to score a sweet deal on an Xbox One system bundle? Well you should check out today’s deal at Future Shop! They’re currently having an enticing deal on their Xbox One 500GB Assassin's Creed Unity Bundle, and you should check it out before it`s out of stock! This Xbox One bundle normally sells for $399.99, but you can now buy this for just $349.99! You`ll also qualify for free shipping - now that's a nice bonus!

Black Friday may have come and gone, but that doesn’t mean that your chance to save big on deals is over! Cyber Monday is just around the corner (on December the 1st), so you’ll see plenty of other great discounts and bargains from some of the most popular retailers! It’s a competitive market place out there, so these stores will be doing their best to grab your attention! You can check out all of the Cyber Monday deals right here on Bargainmoose - just click here!

This deal is currently available at several other retailers (including Best Buy), but I thought this deal was worth mentioning, regardless of where you purchase this bundle (it's a great way to save $50). Listed below is a snippet of a review of this Xbox One system bundle from a satisfied     Best Buy customer:

This is totally amazing. I love the Xbox one! Totally get it, it's way better than PS4.

Happy gaming, my fellow Bargainmoosers! I hope each and every one of you have a great holiday season!