It's all I want for Christmas
By Danielle Doiron, 1 year ago 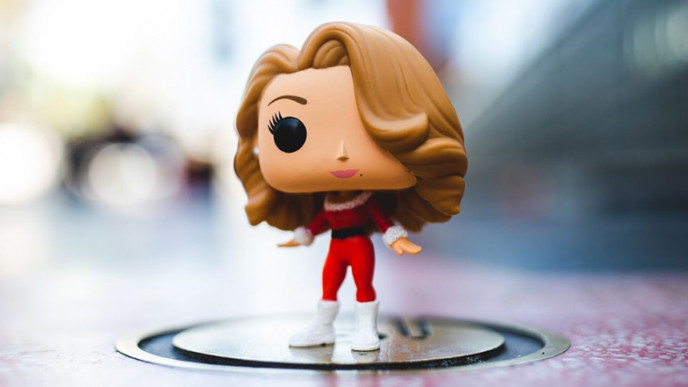 Mariah said it best herself. "I don't want a lot for Christmas. There is just one thing I need" ... and it's this! I love the idea of Funko POP! figures, but I never actually got into collecting them myself. This one, however, is going directly on my Christmas wish list. Funko actually came out with a Mariah Carey figure!

The reigning queen of Christmas is all decked out in her holiday best, and I can't be the only one who's already obsessed. This collectible stands at 3.75" tall, and she's in the kind of onesie and white boots that only Mariah herself could pull off. I've seen the figure at a couple of stores, but Amazon has them in stock from $14.98.

Of course, this is far from the only cool Funko POP! character out there. Toys R Us has a bunch on sale from $10, including the Tomb Raider Lara Croft Vinyl Figure that I might actually add to my list while I'm at it.

No matter which fandoms you consider yourself part of, you should probably scroll through all these discounted figures. You might have to take a closer look at a few of them, because you won't find "Fat Thor" called that anywhere near here. He's now the Casual Thor Vinyl Figure, and he's on sale for $10 from $14.99!

For all you Stranger Things fans, there are a few figures to choose from, including this Eleven in Burger Tee one. Most Toys R Us orders over $49 ship free, while Amazon offers free delivery with a $35 spend.