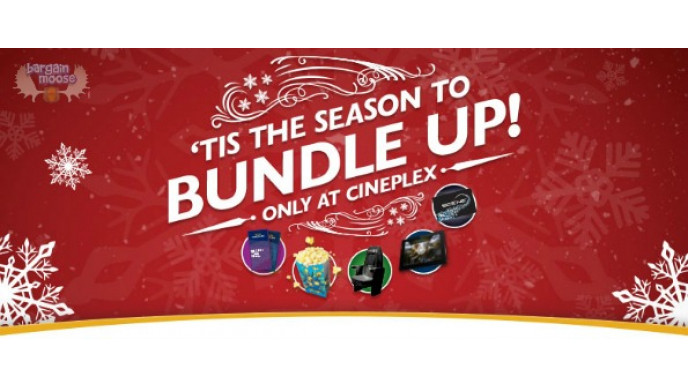 If you usually buy gift cards for friends and family over the holiday season, from November 12, 2014 - January 3, 2015, Cineplex is offering a gift bundle with the purchase of $40 or more worth of gift cards. It is a big bundle and there is a lot in it! You don't have to buy just one gift card you can split it up, as long as the total is $40 or more.

Even if you aren't looking to give the gift cards as gifts, but know that you usually watch movies, over the next few months there will be some good new movies coming out that you can go see yourself. You could buy the gift cards for yourself and use them and then have the bundle for your own use as well the beginning of next year.

The Scene points can really add up quickly. I usually buy only the food items that offer extra Scene points and I have had lots of free movies! Also the free ticket upgrade is definitely worth it. I have seen big movie releases like The Hobbit at VIP, so that I know I will get a seat and I won't have to wait in line.

If you are looking to add more to friends and family's stockings alongside your gift card purchases or if you just want to take advantage of an extra perk of the holiday season for your own Scene account, it is good value to go with this Cineplex bundle this year.