These Sunglasses Fold to Fit IN Your Pocket!

And my mind is BLOWN
By Danielle Doiron, 2 years ago 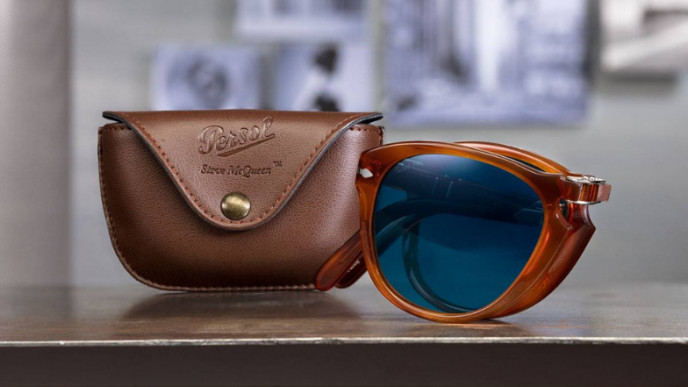 Can I get a drumroll over here? Because what I'm about to say is cause for as much celebration (and probably champagne) as we can muster. It's pretty much the end of the summer shopping season, so you know I'm trying to scoop up the deals. I was looking at sunglasses, when I stumbled onto something amazing.

There are sunglasses that fold up! And yes, I realize just about all sunnies fold – but I'm not just talking about the arms. There are shades that actually collapse down small enough to fit in a clutch or a dress shirt pocket. And before you start seeing dollar signs, don't worry. They're probably not as expensive as you think.

I first spotted these little marvels at SmartBuyGlasses, but you can find them at a few different stores across Canada, as well as plenty of websites worldwide. The first brand that caught my eye is Persol, and they seem to be one of the more famous foldable shades makers out there. They're the ones pictured above, and how could you say no to a pair of these original Persol PO0714 Havana Sunglasses?

In general, these sunglasses have a hinge on the nose bridge (as well as a different style of arms) that allows you to safely fold them in half. They usually come in a teeny carrying case that you can stash anywhere.

Even Ray-Ban makes a few of these, including the Ray-Ban RB2176 Clubmaster Folding 901 shades, which currently sell for $283 in Canada. Similar pairs from other brands will typically run you anywhere from $200 to $400, so they're a bit of an investment piece – but no more than other designer sunglasses.

And finally, I have to tell you about Hexton. They ran a Kickstarter campaign a few years ago to help get their folding sunglasses off the ground, and they now make some of the most stylish pairs I've seen. But honestly, I still can't get over the fact that these EXIST. You know I'm going to pick some up as soon as I can!