By Judi Hooper, 7 years ago 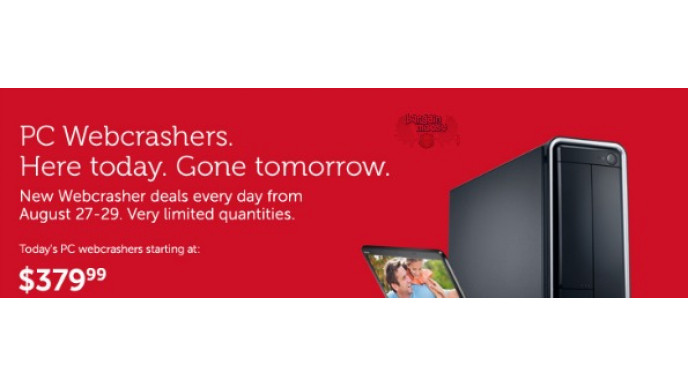 Dell Canada has a great web-crasher sale on their laptops and desktops everyday until August 29th. Each web crasher has a limited quantity of 50. Offers will expire next day or when quantities run out. Offer cannot be combined with any other discounts or promotion offers and is available in Canada only.

The Inspiron 15 laptop that were $429.99 and now featured at $379.99 while quantities last. These come with Windows 7 Home Premium, a 500 GB hard drive, Intel Pentium process B980 and of course you have the options of upgrading or adding programs such as Microsoft Office. Great deal, these are estimated to ship on September 11th 2012.

Shipping: Free on most items.

DELL COUPON: Spend over $899 on select Dell laptops and get $100 off with this coupon code