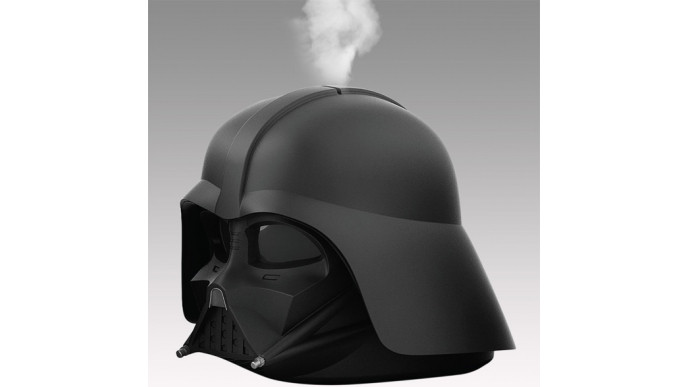 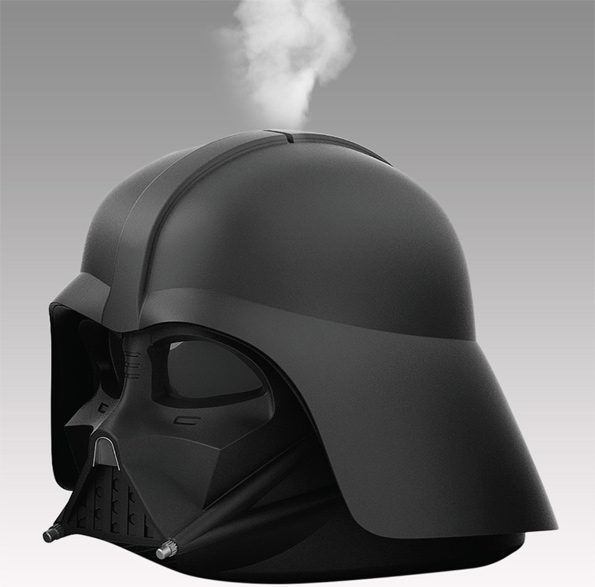 There’s a lot of hype about Star Wars as the new movie is coming out next month. And I’ve also seen lots of new and interesting merchandise cropping up – such as the Darth Vader toaster which Brooke wrote about, or the R2D2 humidifier which I mentioned yesterday. Following on from that, I’ve realised that there is also a Darth Vader humidifier too! Wow! This model is also $59.99 from Sears Canada using the coupon code 941612464 which gets you $10 off $25+.

This Star Wars themed humidifier actually has a capacity of two litres, and would be usable in a space of up to 120 square feet. You can check out those dimensions and see if it would be suitable in the room you are thinking of.

I think young kids would absolutely love this one!! It’s so much more fun than a boring white humidifier sitting steaming in the corner. To have a steaming Darth Vader would be COOL. However, I was a little bit disappointed to see this in the product features:

Yesterday when we were talking about the R2D2 model in our Bargainmoose chat, I was asking had anyone actually ever used a humidifier. Bargainmoose author Brooke has, for her young son. She said:

I had a frog one that I could put Vicks in when my kiddo was sick.

I am not sure how well Darth Vader would do with some Vicks inside him though… !

So I googled for Darth Vader Humidifier to see the prices elsewhere in Canada and I cannot see it for sale anywhere else in Canada anyway! Therefore, this is the best deal. :)