Bookcloseouts Canada: 50% off Biography and Autobiography, 25% Off Autographed Books 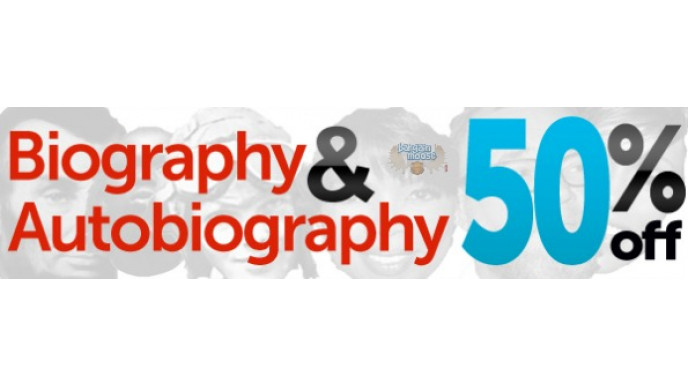 Bookcloseouts Canada is offering an extra 50% off Biography and Autobiography and an extra 25% off Autographed Books. If you are a big fan of an author, check the sale to see if you can get an autographed book by them!

Some people really enjoy Jimmy Fallon, and you can score an autographed copy of his book Thank You Notes for only $4.49.

I'm not much of a biography person, however, I have been meaning to get the new Steve Jobs book. I just don't like the price. An older biography regarding the Apple god (published before he died) is called iCon Steve Jobs. It is on sale for a mere $2.99, a price I would be willing to pay!

This unflinching and completely unauthorized portrait reveals how Steve Jobs staged the greatest second act in the history of business. Taking us back to the heady days of Silicon Valley in the 1970s, iCon shows how Jobs achieved his first great success, rising from an outcast high school electronics nerd to become the driving force behind Apple and avatar of the computer revolution, only to be driven from the company in failure and disgrace. It then takes us behind-the-scenes as Jobs works his way toward an astounding comeback, revolutionizing the entertainment industry with Pixar, reclaiming the throne at Apple, and, with the extraordinary success of the iPod, regaining his reputation as arguably the greatest innovator of the digital age. As the book ends, Disney has just acquired Pixar, making Jobs Disney's largest shareholder - and setting the stage for act three.

Provides a good rundown on the history of Steve Jobs.

Don't forget: if you recently bought a voucher on Groupon or Wagjag for $30 worth for $15, they should be valid to use by now.