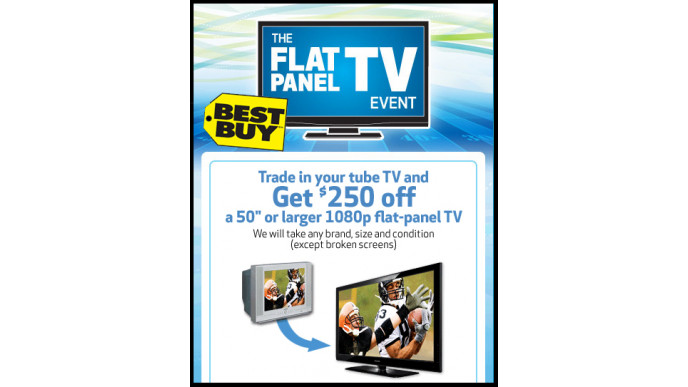 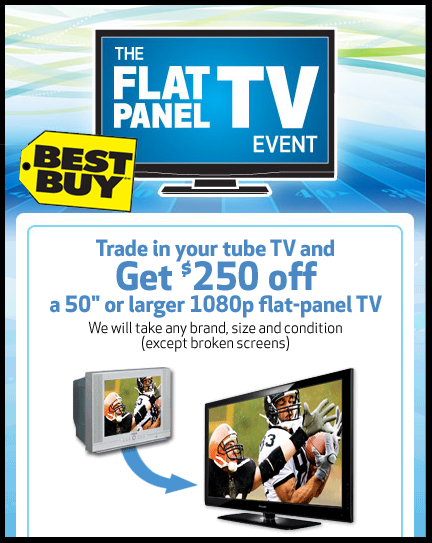 If you’re in the market for a flat screen TV, BestBuy Canada has a great deal to consider. This deal applies if you are buying a 50” or larger 1080p television at one of your local Best Buy stores.

If you use your old “tube” style TV as a trade-in, you’ll get $250 discount off the cost of your new plasma TV or LCD TV…

It’s just a shame you have to buy such a large TV to get the offer. I was planning on a new large screen television sometime soon, but I wasn’t planning on going quite as big as a 50 inch. I think I’m leaning towards an LCD television, rather than a plasma television, although I’m finding it hard to see why I should buy one over the other.

It seems to be a bit of a hotly contested argument on many websites and internet forums and blogs.

HDTV.ca has a bit of a write up on the topic, if you’re interested. There are some myths that are floating around too, such as the one that plasma TVs use more power…. But that all depends on the usage.