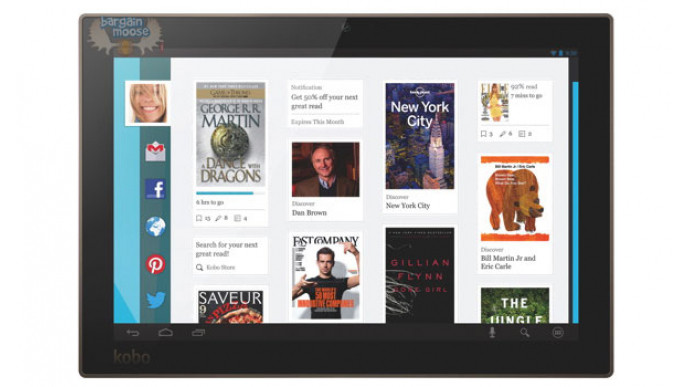 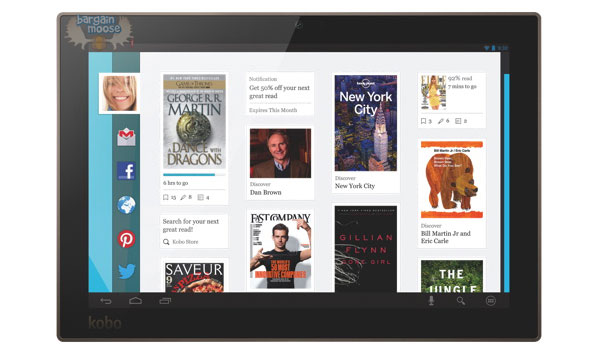 A little earlier this morning, Ivan blogged about the PlayStation TV bundle, which is now on sale for $100 at Best Buy and while that's a fantastic deal, I couldn't resist telling you Moosers about another little deal I unearthed at both Best Buy. The Kobo Arc 10" 16GB eReader is now $200 off and can be had for just $200 (reg. $400).

This deal is set to expire in a couple of days but given that this is a hot offer, there are high chances that it will go out of stock before then, especially since at the time of writing this post, there were only 24 tablets remaining at Best Buy and already sold out at Future Shop! It's even currently sold out at Chapters Indigo, which just shows how popular this tablet is.

The Kobo Arc 16GB features a stunning 10.1" screen with a 2560 x 1600 resolution, a sleek design, 2GB of RAM and a 1.8GHz quad-core processor. For its screen size and specs, this Kobo tablet is absolutely and the current price even more so. In fact, here's a review I found:

For the price it's hard to complain: what you're getting in terms of processing power and the other basics is competitive with tablets costing twice as much. And it's Android so you know you will be supported by a gazillion apps if you want them. Personally I bought this device primarily to read comics and graphic novels. It is pretty awesome for that purpose, able to display full pages at pretty much full size, with lots of contrast and saturated colours.

It also has wi-fi capabilities, which means that you can easily download and read books without the hassle of having to connect to a computer. Personally, I've had a little Sony eReader for ages now and while it's great, I'm sure that it's not nearly as amazing at Kobo's Arc tablet. The resolution alone is worth paying the full price tag. With Christmas right around the corner, this would make a great gift either for yourself or anyone on your Christmas list!

As usual, shipping is also free as Best Buy ships all orders over $25 for free.