You can use these in crowds AND for watching movies
By Danielle Doiron, 2 years ago 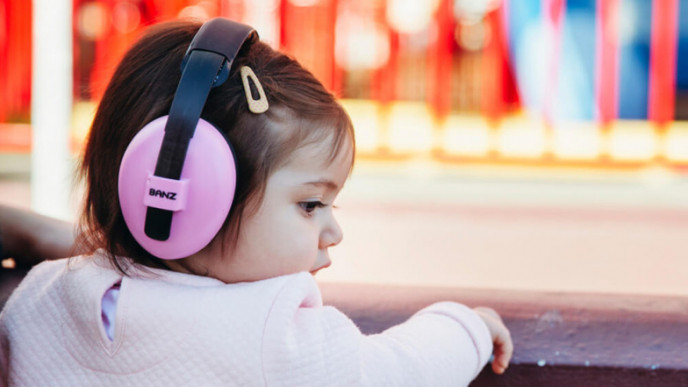 Baby Banz earmuffs are easily one of the best inventions for little kids out there. They block out harmful noises to protect your baby's ears at loud events like concerts, sporting events and fireworks shows. And I didn't really think it was possible, but they just came out with something even cooler.

Baby Banz Bluetooth Mini Earmuffs use the same technology as the originals, but there's an added bonus. They're also Bluetooth headphones! Oh, and there's actually one more thing. They're on sale from $66.99!

These Bluetooth Mini Earmuffs are pretty much perfect for travelling, since you'll only have to pack the one pair, instead of headphones and protective earmuffs. You can use them to during plane rides or long car trips – and then when the kids inevitably get bored, you can connect to your phone and turn on PAW Patrol.

Best Buy has a few pairs on sale, but the lowest price is on these Pink Baby Banz Bluetooth Earmuffs. They're intended for kids who are at least three months old, and they're marked down to $66.99 from $89.99!

These headphones are lightweight and super comfy, so they shouldn't hurt your kiddo's head. They also won't exceed a volume of 75 db, which is the recommended safe level for children. You can also adjust the headband as your child grows, and each pair comes inside a drawstring carry bag.

I first saw them at Chapters, but after a little bit of digging, I realized Best Buy actually had them for a lower price. But if you're thinking of picking some up, you should probably act soon. This sale only runs until Thursday! Shipping is free when you spend at least $35, or when you pick up your order from a Best Buy store.