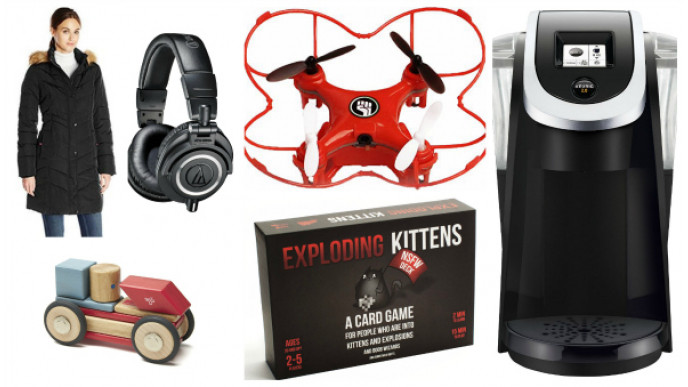 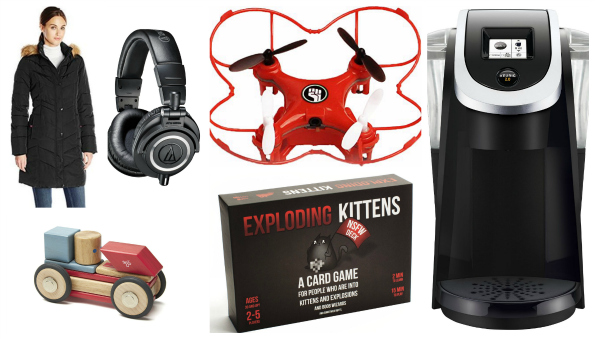 Amazon Canada's true Boxing Day deals have now started and these are ones you will not want to miss. Here is a rundown on some of the best deals - up to 75% off - in popular categories on Amazon Canada.

I always shop for new tech on Boxing Day and I am sure a lot of Moosers do as well. Here are some of the top tech deals you can score right now:

There are tons of good clothing deals but let us start with the Up to 75% Off Select Coats and Jackets section featuring hot designers. This  Tommy Hilfiger Women's Long Chevron Quilted Down Coat with Fur Trim Hood is on sale from $395 down to $95 and this Tommy Hilfiger Men's Classic Puffer Jacket was $285 and is now $68. That second jacket is actually 76% off.

Get 25% Off Exploding Kittens Game - one of the hottest new games of the year. Pay just $18.75. Drones are also on sale - lightning sales that is so you will want to pick up your choice of these three before the deal sells out:

You can also get 40% off Disney Frozen LeapFrog LeapPad Games and score Great Deals on Tegu products - they are popular wooden block toys and building sets for kids.

This is jsut a sample of the good deals on at Amazon Canada right now. Check out these sales and more on their website. As per usual, receive free shipping on orders of $25 or more.