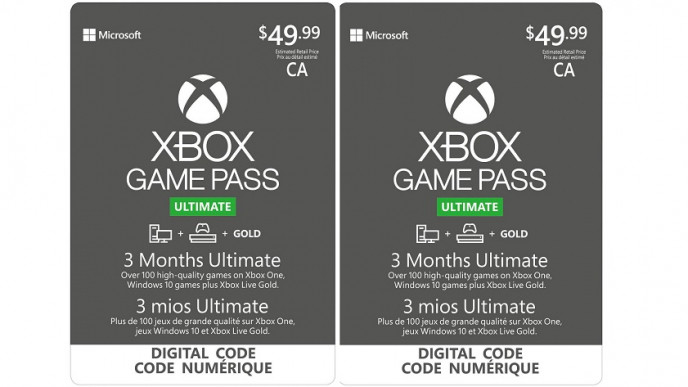 I won't lie, it's been a real struggle keeping my kids entertained for the last few months. I never though I would say this, but thank goodness for games consoles. As a reward for taking isolation in their stride, I'm treating them to this 3 Month Xbox Game Pass Ultimate, since it's down to just $24.98 at Walmart.

The 3 Month Xbox Game Pass Ultimate would normally cost $49.99, so you're saving a whopping $25.01 on the usual selling price.

If you've already got existing Live Gold and Game Pass console time will then by using this Xbox Game Pass you'll be upgraded to Ultimate.

As this is a digital item, you don't need to pay for shipping as it's sent to you electronically at time of purchase.

WALMART CANADA PROMO CODE: Find the latest Walmart sales and offers for at least 10% off here