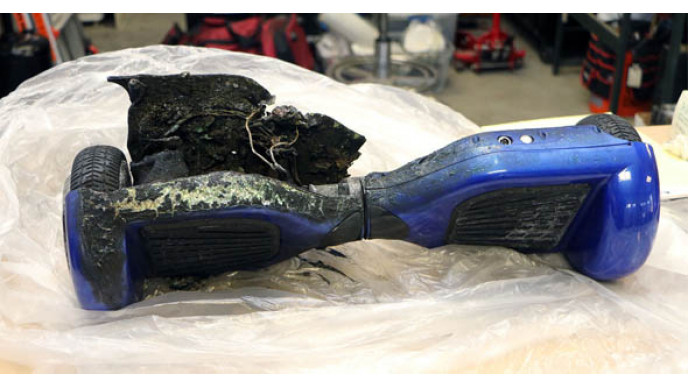 The U.S. Consumer Product Safety Commission (CPSC) have concluded that no hoverboard currently on the market can be deemed safe. The CPSC sent out an official notice to retailers, manufacturers and importers on Thursday with new safety standards to be followed. They're hoping makers and sellers of these self-balancing scooters will voluntarily take them off the market until they've been certified as safe.

In December, we wrote about Amazon's decision to stop the sale of hoverboards due to the many safety concerns, but they resumed selling them a week or so later. The CPSC has reported 52 hoverboard fires between December 1 and February 17 that resulted in $2 million in property damages. Now consumers and retailers have clear, official guidance regarding their safety and any hoverboard sold that doesn't meet safety standards is subject to seizure and fines for the seller.

There are hopes that retailers will follow the guidance offered by the commission and, later this year, they will begin selling hoverboards that have been safety-certified. And hopefully, with this move by the US government, we'll see Canada follow suit.

What is your stance on these scooters, Moosers? Will you be willing to let your kids use them even if they've been deemed safe?