The hotel chain will switch to larger, pump-top bottles by December 2020
By Danielle Doiron, 1 year ago 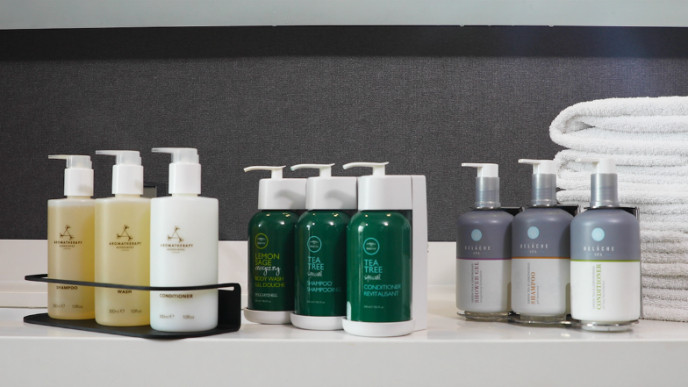 I can't be the only one who stockpiles those mini toiletries every time I stay at a hotel ... but it looks like it might be time for me to find something new to collect. A few days ago, Marriott International announced plans to eliminate single-use shower toiletries from their rooms by December 2020.

The company has already replaced those mini shampoo, conditioner and shower gel containers with larger, pump-top bottles at about 1,000 of their properties across North America (which accounts for about 20% of their locations). They plan to make the change across their entire chain within the next couple years, which will keep 500 million little bottles out of landfills each year. That's equivalent to about 1.7 million pounds of plastic.

Marriott International first introduced larger toiletry bottles in 2018, and the company says the response so far has been overwhelmingly positive. So if you're staying at one of their hotels soon, you don't need to worry about being stuck without shampoo or conditioner – you just won't be able to take it home with you.

It looks like this announcement will be one of many across the hotel industry. In July, IHG shared plans to phase out mini bottles of shampoo and other toiletries at their thousands of hotels around the world. Restaurants and other businesses here in Canada have also said "no" to single-use plastics, and the Trudeau government may introduce a formal ban on things like plastic grocery bags if re-elected.