The Proposed Ban on Single-Use Plastics in Canada: What You Need to Know

The ban would come into effect as early as 2021
By Danielle Doiron, 3 years ago 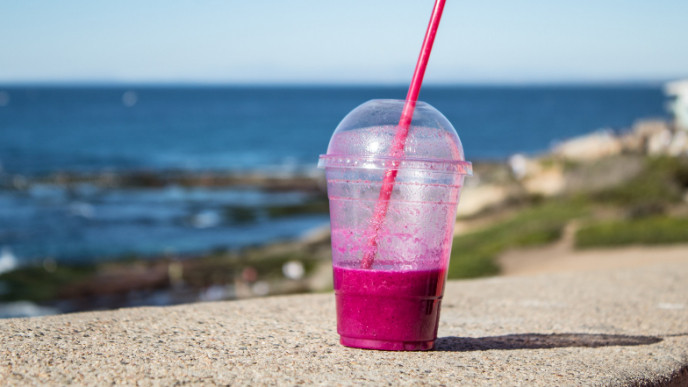 The move is part of an overall strategy to help tackle plastic pollution, which our current recycling infrastructure just can't handle. Understandably, this announcement has been met with both praise and criticism – but no matter which side you're on, here's what you need to know about the proposed ban.

Right now, less than 10% of plastic used in Canada is actually recycled. That means most of it eventually ends up in landfills, in our oceans and on the streets as litter. On June 10, Justin Trudeau announced a plan to combat this, which involves banning the use of "harmful single-use plastics" in Canada.

So what are "harmful single-use plastics?"

In a nutshell, these are plastic products that you use once and then toss away. The Trudeau government hasn't released a complete list of the exact things the ban will include, but they did drop a few hints.

On Twitter, Catherine McKenna, Canada's Minister of Environment and Climate Change, wrote "As early as 2021, Canada will ban harmful single-use plastic products — such as plastic bags, straws, and cutlery — where supported by scientific evidence. We can, and we must, #BeatPlasticPollution."

And in a news release, they specifically name-dropped "plastic bags, straws, cutlery, plates and stir sticks" as some of the products they plan to eliminate. They say the full list will mirror everything the European Union has decided to ban and will likely include things like plastic food cups and containers.

What can I use instead of plastic?

One of the easiest ways to replace single-use plastic items is to invest in things like fabric shopping bags, travel mugs, reusable water bottles and metal straws. Davids Tea actually sells a set of six Reusable Straws that comes with a cleaning brush and is available online for $8. As for bags, stores like Lululemon and RW & Co. regularly give out reusable bags instead of plastic ones, so I carry those around whenever I know I'm going to run a few errands and may only need to pick up a couple of items. For bigger shopping trips, I like Baggu bags. And, of course, you can never go wrong with a S'well bottle and a set of Pocket Stainless Steel Cutlery.