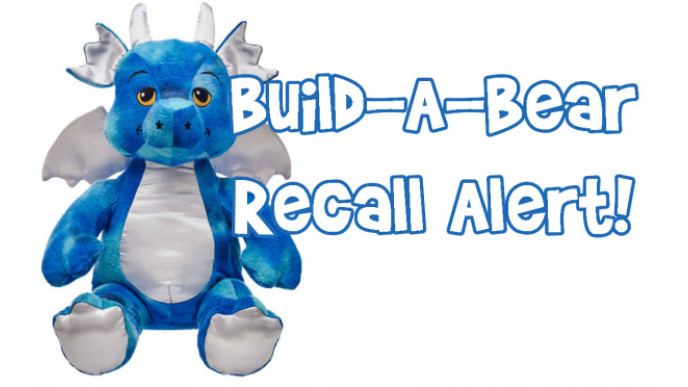 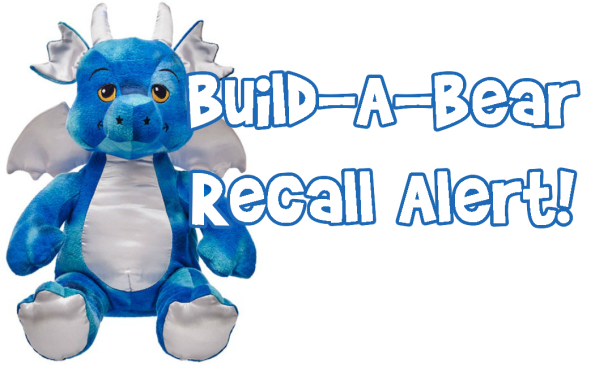 Have you seen the new Starbrights Dragon from Build-A-Bear? I almost bought this stuffed toy a couple weeks ago but for whatever reason I didn't. I am glad that I didn't now, since the popular stuffy has been recalled. Build-A-Bear Workshop has voluntarily recalled the Starbrights Dragon stuffed animal as of Thursday, October 22nd and if you have this adorable guy sitting on your shelf, you will want to keep reading.

This particular stuffed animal had passed all the safety testing, but unfortunately the Starbrights Dragon is made of a gorgeous satin material that just couldn't hold up at the seam on the middle section of the dragon. Once the seem let go, stuffing comes out and I am sure that can be quite traumatizing and dangerous for young children. Infants or toddlers may try to ingest the stuffing, and that would be an all around bad situation.

While there have been no reports of anyone being harmed due to this recall, it is better to be safe than sorry. For a $25 dollar bear, you really don't want to deal with issues like this. At least the stuffed dragon is just leaking stuffing, and not secrets. :) I used to tell my stuffed animals all my secrets.

Moosers, does this recall affect anyone you know?