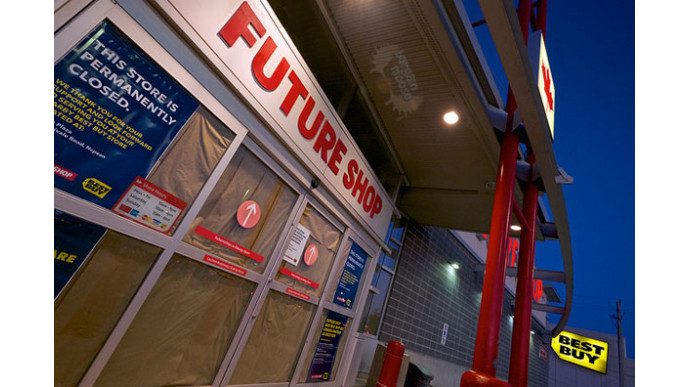 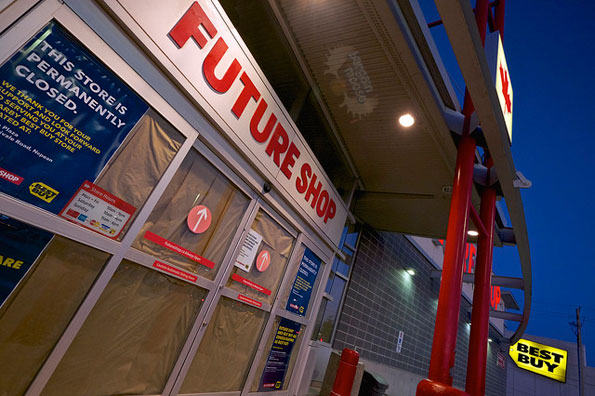 On Saturday, countless Future Shop employees got a huge shock upon heading over for their daily shifts. Instead of open doors, they were faced with signs labelled: "this store is permanently closed" as most Future Shop stores will be re-branded as Best Buy. Future Shop's website is currently no more but all pending orders will be executed regardless.

With Target in the midst of withdrawing from Canada, the sudden closing of another major store is definitely major news but what is shocking though isn't so much that most Future Shop will officially and finally be switching to Best Buy ones, a move that makes sense considering that for a while, nearly all deals and sales have been identical at both stores, but it's the fact that 500 full-times and as many as 1,000 part-time jobs will be lost as a result.

Moosers, how will this affect you? Do you know someone who will be losing their job?