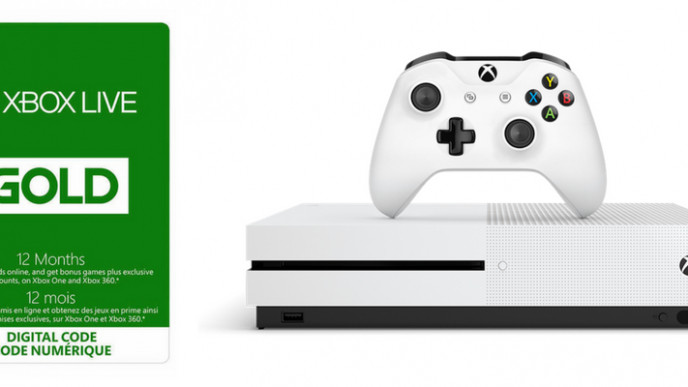 If you're looking for an XBOX Live subscription to access exclusive deals and free XBOX games all year long, you're in the right place!

We put together a list of all the best deals on XBOX Live Gold that you can get in Canada, as well as where you can buy a subscription.

The recommended retail price for a 12-month subscription is $69.99 CAD, but we'll keep our eyes out for any and all online deals that will get you even a penny less than that! And if it's games you're after, check out these deals on XBOX games!

What do you get with an Xbox Live Gold membership?

You can take your Xbox 360 or Xbox One online to play games with friends wherever they are. You can instantly watch HD movies, television shows, sports, and if you're using Kinect, you can use your voice as your very own remoteless remote control. You can also use your phone as a second screen and interact with whatever you're watching.

Where can I find the best Xbox Live Gold subscription sale?

If you're looking for a sale on the Xbox Live Gold Subscription, then bookmark this post! We will continually update this post to feature the current best sales, so you can land a discount on the subscription.

What is the price of Xbox Live Gold for 1 month?

The Xbox Live Gold Subscription price for a single month varies. Generally you will find a one month subscription for $11.99 CAD on the Microsoft Website, which is your best bet. Ultimately, it is cheaper to go ahead and purchase the 12-month subscription. With the longer-term subscriptions, you could be paying as low as $4.99 per month.

Where can I find free Xbox live codes?

We scouted the world wide web for opportunities for free Xbox Live Codes. Unfortunately, none of the sources seem to be safe and truly free. There are plenty of generators out there that will ask for your credit card information. Please be careful of these! It is much safer to purchase your yearly subscription and avoid unwanted charged on your credit card.

You can sign up for Xbox Live on your Xbox console or right on the Xbox website. The vibrant multiplayer community is going to have you hooked!

Find a hot deal on the Xbox Live Gold Membership that we missed? Comment below!