The best sunscreens for kids 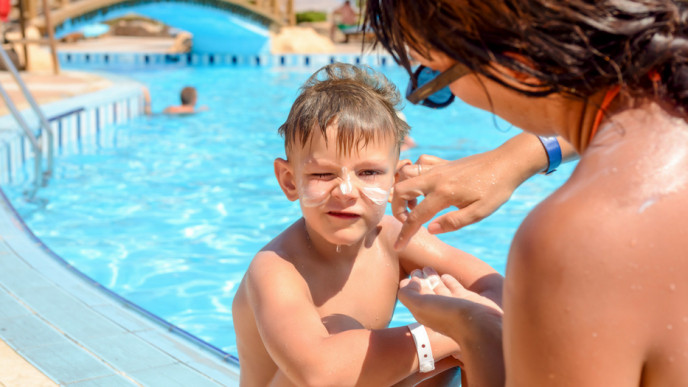 Do your kids hate putting on sunscreen as much as my kids?

I’ve tried to make it an easy process. Unfortunately each method of sunscreen application has its drawbacks—at least according to kids.

I tried rubbing lotion on their arms and faces, but they won’t let me near them. They say it’s cold and gets on their clothes and leaves white streaks on their faces.

I tried the spray, which I thought would be quick and painless. They say the spray is even colder and they run away from me. Anyway, the mist supposedly isn’t good for kids to breathe in, so it’s just as well, even if it would be easier if they’d just stand still.

This year I bought them sunscreen sticks. I bought some that look like glue sticks and others that look like a stick of deodorant. They seem to like to be able to do it themselves. It’s not cold or greasy and it glides on easily. Unfortunately it’s easy to miss spots because you can’t see or feel where you’ve put it once it goes on. One of my kids came home with burns on his cheeks, forehead and neck. I wasn’t happy and tried to help him this morning to no avail.

Sunscreen isn’t a joke. It’s a must. Which sunscreen do you like best? Do you have any tricks for getting it on your kids without a fuss?