Tell us your wedding nightmare 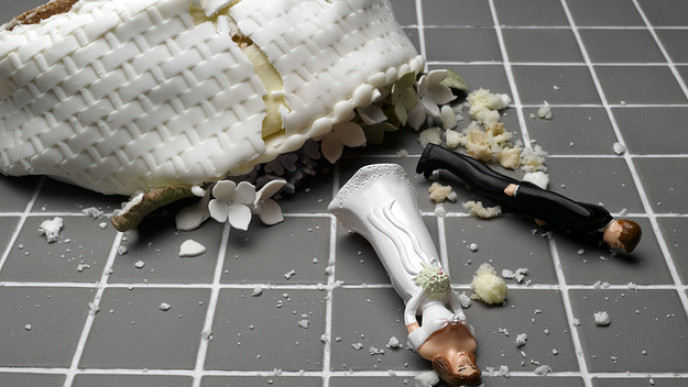 When I was getting married the first time around, I had a recurring nightmare: that my hairdresser wouldn’t show up and I’d have to style my own hair.

Now, it seems there’s a new nightmare for many brides: those who ordered gowns from Florida-based label Alfred Angelo won’t have a dress to wear down the aisle.

The manufacturer recently announced it was filing for bankruptcy and apologized “for the inconvenience and hardship resulting from this event.”

Approximately 1,400 retailers are affected by the bankruptcy, which was announced on July 14. It’s unknown how many Canadian brides are in panic mode.

It seems like it’s been an unfortunate year for some Canadian brides. Couples who booked their nuptials for the Toronto islands had to find new venues after flooding closed islands to the public. Permits were cancelled until June 30, but parts of the islands will remain closed until at least August. At one point, 52 percent of the island’s structures were at risk of flood damage.

These events have left brides scrambling to find new venues and gowns. With my second wedding less than a year away, it’s hard to imagine what could go wrong.

Did you face a wedding disaster? I’d love to hear what went wrong and how you solved it on time for your big day.