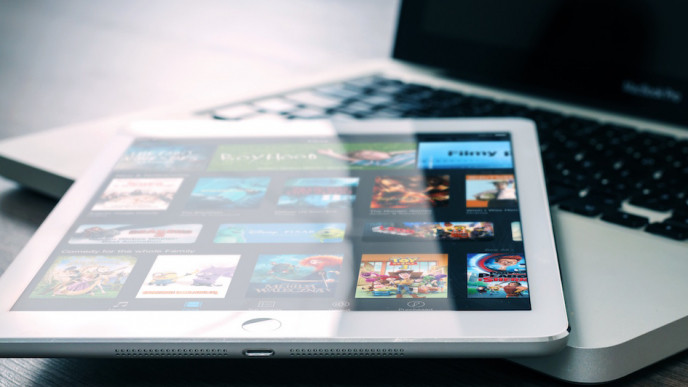 I order from Amazon often but it was only recently I discovered they have Amazon Prime Video (primevideo.com). It offers both original and popular programming you can watch free with your Amazon Prime membership. I found an Amazon Prime original show called White Oaks that I watched obsessively until I'd seen two full seasons. It takes place in the 1980s, which is really fun. I've bookmarked several other shows and movies I can't wait to watch.

Competing for our attention is Netflix. Netflix is constantly listing new shows as well. I just watched GLOW, a highly entertaining series about the making of a women's wrestling TV show. It was great and I got through its only season pretty quickly. When that ended, Netflix recommended a show called Friends From College. I'm one episode in and it seems okay.

I'm also watching Gypsy on Netflix. It seems intriguing, but I'm not always in the mood for a serious show. This one is on hold.

The problem is the entire 10 seasons of Friends was recently released on Netflix. It's fun and nostalgic to watch, and that's going to take up some time. Frankie and Grace has 91 Emmy nominations--that's on my radar too, though I haven't seen it yet.

What shows are you into? Have you discovered Amazon Prime Video yet? What do you prefer? Amazon or Netflix?