Our Guide to the Mifold Booster Seat in Canada 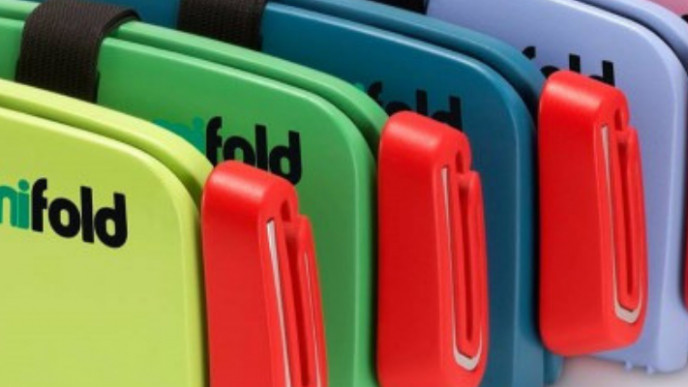 If you have older kids who are growing out of their big, bulky car seats, you might have your eye on the Mifold Booster. It's small, sleek and portable – but does it really protect your kids as well as a regular booster seat?

To help you decide if they're right for you and your family, we put together this quick guide to the Mifold Booster Seat, including information on what it is, how much it costs and exactly where you can buy one in Canada.

And if you've been shopping around for one, you probably know that it can be tough to find them at a discount (or in stock at all), especially if you're after a specific colour. That's why we'll also let you know right here as soon as we see the Mifold Booster Seat on sale – so you might want to bookmark this page and check it often.

What is the Mifold Booster Seat?

First things first: this is no ordinary booster seat. The Mifold Booster (also called the Mifold Grab and Go Booster) is a backless, compact alternative to traditional seats. While a regular booster seat lifts a child to sit up in the position of an adult, the Mifold Booster does the exact opposite. Instead of lifting the child up off the seat, it holds the seatbelt down.

Both methods protect your child in the same way, but the Mifold is much less bulky and easier to switch between vehicles. You can even fit THREE Mifold seats across the backseat of most cars – which is great if you have more than one child back there who need boosters.

And the best part? The Mifold Booster Seat is 10x smaller and just as safe as traditional booster seats. They're portable, foldable, and they come in a bunch of different colours (so your kids can spot theirs right away). And if your child needs to bring one along to a birthday party, on a cab ride or trip to Grandma's house, it's small enough to stow in their backpack.

They're intended for children aged four to 12 years old, and since they don't lift your child too far up off their seats, they won't feel as "babyish" compared to their taller friends.

Where can you buy the Mifold Booster Seat?

Looking for places to buy the Mifold Booster Seat in Canada? They're available from a few different stores and websites (including directly from the Mifold site) and usually cost $79.99 each, plus any applicable taxes and shipping fees. They're also available in-store at Canadian Tire locations across the country and from websites like Well.ca and West Coast Kids (with limited colour options). Occasionally, you can find them on eBay Canada, but watch out for the delivery fees there, since they're often pretty outrageous.

You can also buy accessories like the Mifold Designer Carry Bag, which makes transporting and protecting your booster even easier. Just pack it up and throw it in a diaper bag or purse!

How do you clean the Mifold Booster?

Because you can easily move it in and out of a car, the Mifold Booster Seat is super easy to clean, especially compared to boxier seats. Whenever you need to, just spot clean or wash the seat cushion with mild soapy water. It's even small enough that you can probably leave it on the dish rack to dry!